Leaders do not always stay in power; sometimes they lose power and sometimes they are actually leaders who should pass the tests to become appointed or elected as such 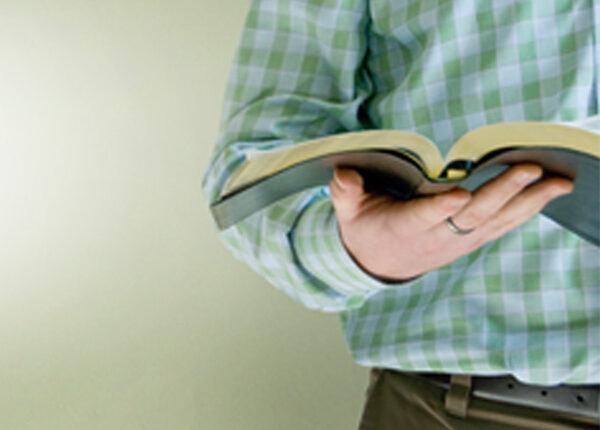 For most people that leaders are born is the appropriate concept and for those who allow themselves to be made leaders by availing themselves for training and developing the soft skills for leadership it is best to follow the example and study the characteristics of leaders who are naturally born so.

Jeremiah is a crystal clear example of a leader who was born as a leader by being made so by Yahweh right whilst he was in his mother’s womb (Jeremiah 1:4&5). He had the inborn traits of a (spiritual) leader – a prophet who was to preach or to (spiritually) lead the nations.

Leaders are often “prophets” be they secular or otherwise for instance be they political or business leaders or be they leaders in charge of institutions.This is rightly so because more often than not it takes speculation or prediction, forecasting, foresight, discernment, vision, revelation as well as wisdom and knowledge to steer affairs at the helm of any human set up.

Ghana’s political situation is not different either. I would recommend the Book of Jeremiah of the Old Testament of the Bible for a very careful study by all our political leaders – those in power, those in opposition and for all those who believe they might one day be political leaders.

It behoves us all to read and study this religious book in between lines not as just being a Christian book, a biblical or a religious account.We should draw conclusions and lessons from this book that pertains to business, information and communication technology, agriculture, health and reproduction, politics and governance as well as education and creative writing.

Jeremiah we know is termed the “weeping prophet” because he wept more often than not as he went about his duties as a religious leader. There is something interesting about weeping. Weeping does not meant you have lost it all. Through this therapy you detest the unhappy condition prevailing in the “economy” but you could see timeless treasures and possibilities for improvement, success and change in the nation.

You see your weaknesses, be they physical,moral, spiritual among many others but it should help you to discover that amidst this feeling you could convince those you bear rule over – all the governed- to buy into the positive dreams no matter how they try to strongly oppose you in your bid to work towards the foreseen betterment and change(Refer to Jeremiah 1:19).

Leaders do not always stay in power; sometimes they lose power and sometimes they are actually leaders who should pass the tests to become appointed or elected as such. Their natural instincts should alway lead them to do the best at all times as good leaders whether they have just lost power or have been newly elected into office.

I wish to narrow the theme of this article to what our political leaders should do when their parties lose power and get into opposition citing the case of political parties in Ghana as an example.

When you are in opposition you are in your “fallow” period.This period in agriculture connotes a period when a parcel of land that has hitherto been actively used for farming activities (especially for growing crops) is allowed to rest for some few years. A party in opposition too could be said as a party whose electorate having elected them to govern the nation for some years now is for this period allowed to “rest for a while” from office.

The metaphor in Jeremiah 4:3 about “fallow ground” is that it is not the time for members of the opposition parties to get bitter- backbite and fight amongst themselves. It is equally not a time to find faults in every new thing the new party in power does.

I believe it is a moment to break the fallow “grounds” to “water” their “fallow” land and get it ready for “cultivation of crops to begin “upon the time this opposition party in question is ushered into office again by this same electorate.

Ghana would benefit so much from an opposition of this sort:if the opposition party sought for more dynamic ways of investing financially when such party lost power; if the said opposition party drafted a more solid plan for the future of the nation, which was to be implemented once the said party got the nod to rule the nation again.

To make an allusion to the game of football we know that when you are a player sitting on the bench due to an injury from a previous match you make sure you use this period of rest carefully to make sure your injury is completely healed, and judiciously to find ways of improving upon your teams performance once you are called back onto the pitch: An opposition party should find their individual and collective faults and work upon overcoming these faults of theirs.

An opposition party should study the status quo of the party in governance for the day and write down plans to completely improve upon it.

Personally I suggest that an opposition party should adapt ways and means of networking with great business men and women,globally well-recognised entrepreneurs, that of religious bodies,other political figures and institutional heads across the globe (especially from the highly advanced countries) so they could fill their party’s treasuries with a wealth of ideas and resources.When the current ruling party fades in political influence,charm and power over our nation Ghana, the party in opposition would in that wise have a fair chance- in fact an edge in leadership prospects—– and any opposition political party with very clear prospects for our nation would definitely be voted into power in due season to champion and further the good course of justice, freedom and development.

Gaining through the Brain Drain