The HWPL Mindanao Peace Project at a Glance

The 24th of January was declared as HWPL Day, and a monument was established to commemorate the signing of the Mindanao Peace Agreement. 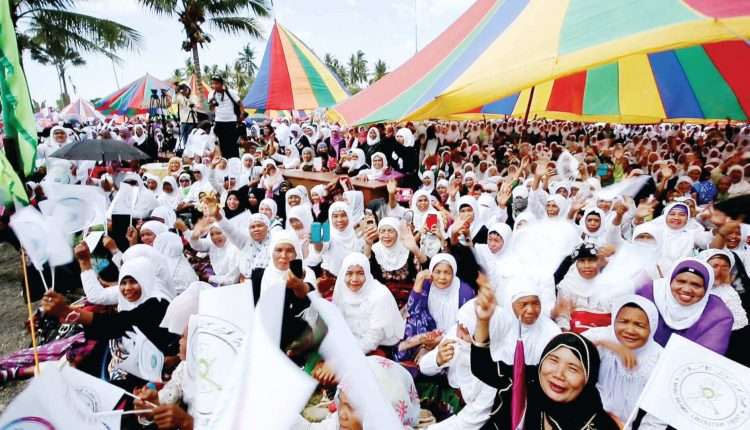 Mindanao of the Philippines is on the path to peace after ending the military collision between the Philippine government and Moro groups, which lasted over 40 years and resulted in more than 120,000 casualties.

In General Santos on 14 January 2014, a civilian agreement was signed for the peace of Mindanao. The signing ceremony, hosted by HWPL and organized by the IWPG and the IPYG, was attended by over 300 residents including politicians, university professors, religious leaders, and students. Before the audience, Archbishop Emeritus Fernando Robles Capalla of Archdiocese of Davao and Governor Esmael G. Mangudadatu of Maguindanao signed the agreement as representatives to cooperate in ceasing the conflict and building peace.

With this agreement as a starting point, HWPL launched a peace movement to raise public awareness of peace not only in Mindanao but throughout the Philippines, based on the universal principles of mutual understanding, respect, and harmony. Also, civil society sectors such as education, religion, youth, and women are actively engaged in HWPL’s peace initiatives to remove the causes of conflict and strengthen the values of peaceful development.

The 24th of January was declared as HWPL Day, and a monument was established to commemorate the signing of the Mindanao Peace Agreement. Davao City’s museum and public library are exhibiting HWPL’s peace activities. Students from elementary school to college are growing into messengers of peace through peace education, and on 25 May of every year, youth and women participate in peace walks. Moreover, religious leaders regularly convene at the World Alliance of Religions’ Peace Office to engage in interfaith discussions based on religious texts.

Discover the true story of peace In Mindanao, which has emerged as a new model for world peace by watching the video below.

The True Story of Peace in Mindanao

House of the Dragon comes to Showmax in Ghana