Mustapha Awudu, 22 and a manual worker, sentence was hand down to him on Wednesday, May 4, 2022 , by the court presided over Her Honour Rosemary Baah Torsu, after pleading guilty to two counts of stealing and unlawful entry. 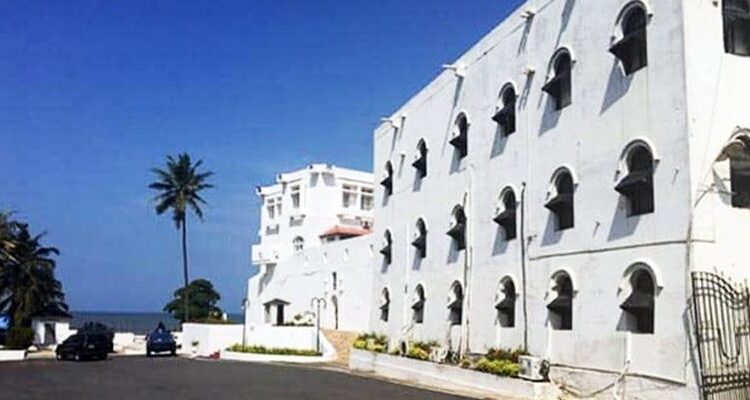 The thief who broke into the Osu Christiansburg Castle to steal 1,125 rounds of 7.62 by 39mm calibre live ammunitions has been given a custodial sentence of three years by the Accra Circuit Court ‘2’.

Mustapha Awudu, 22 and a manual worker, sentence was hand down to him on Wednesday, May 4, 2022 , by the court presided over Her Honour Rosemary Baah Torsu, after pleading guilty to two counts of stealing and unlawful entry.

The court sentenced Awudu three years on each count of stealing and six months on unlawful entry.

Ms. Torsu has also scheduled to try the convict on conspiracy to commit crime to wit, stealing on 23rd of this month, as the latter pleaded not guilty to the charge on his first appearance before the count on April 26, 2022.

Although the number of years given to the convict when tabulated would be six and half years, Awudu will be serving his sentences concurrently, enhance bringing the duration of his prison term to three years.

Awudu’s alleged accomplice Felix Ankrah pleaded not guilty to all the charged and had been granted bail in the sum of GH₵100,000.00 with sureties.

Background of the case

The prosecuting officer, Inspector Jonas Laweh told the court that complainant in the case is the National Security

He told the court that on April 6, 2022, Mustapha, who claimed to be an informant, went to the Accra Police Regional Command with 375 rounds of 7.62 by 39mm calibre live ammunitions, claiming to have found them in the bushes behind the Osu Castle.

The prosecutor narrated to the court that on April 20, 2022, the Regional Command, again, received information that Mustapha and Felix were in the process of selling a quantity of the ammunitions at Kings Bar, James Town, in Accra.

He told the court that the police acted on the information and proceeded to the scene and effected the arrest of Mustapha and Felix, together with 750 rounds of 7.62 by 39mm calibre live ammunitions.

The prosecuting officer said Mustapha and Felix on the spot admitted to having gone to steal the said ammunitions from the Ammunition Room at the Osu Castle, by unlawfully entering through one of the windows behind the Castle.

According to him, Mustapha and Felix then led the police to the Osu Castle, or the crime scene, and showed them the rooms, which they stole the ammunitions from, and demonstrated how they entered through the window.

Inspector Lawer added that Mustapha also admitted that the ammunitions he brought to the Accra Police Regional Command on April 6, 2022 were stolen from the same place on April 5, 2022, which he divided into two and sold half to witnesses in the case for GH¢50.00.

GOT A STORY? Share with us. Email: [email protected] or [email protected] WhatsApp: +233(0)244822034
ammunitionCustodial sentenceFelix AnkrahInspector Jonas LawehOsu Castlethief
0
Share FacebookTwitterWhatsAppTelegram
Subscribe to our newsletter
Sign up here to get the latest news delivered directly to your inbox.
You can unsubscribe at any time

Breaking The Eight: Unity Is Key for us – Lydia Seyram Alhassan