Totobi Quakyi Wades Into Assault On Soldier By NPP Militia 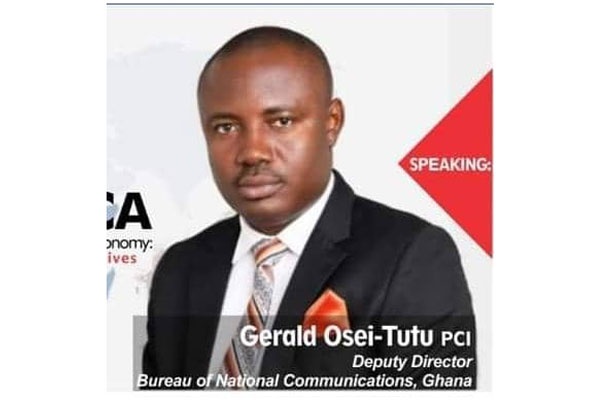 A former Minister for National Security in the Jerry Rawlings administration, Kofi Totobi Quakyi, has suggested hastening slowly in the commendation of President Nana Akufo-Addo for his so-called expression of regret in the brutal actions of some National Security operatives, who were caught on video physically assaulting a serving army officer recently.

According to the experienced politician and onetime Minister of Information, he will not be quick to applaud the President’s action, knowing the terror these same National Security operatives in recent past visited on some innocent Ghanaians in the heat of the Awayaso West Wuogon bye-election in 2019.

The nicknamed “KTQ”, insists that he will only see the sincerity in the President’s reaction, on how these mostly tagged New Patriotic Party (NPP); conduct themselves during next week Monday December 7, 2020 general elections.

“The ultimate test of the sincerity in the President’s expression of regret over the assault on the soldier will be in the conduct of these so-called national security operatives come Monday, December 7, 2020 and thereafter”, the former Minister said in a rejoinder to the Ministry of Information statement on the assault.

Last month, Warrant Officer Class One (WO1) Mashud Salia, was attacked on the Ashaiman Tulaku-Michel Camp highway by about 10 heavily armed elements of the New Patriotic Party (NPP) driving a four-car convoy, operating under the cloak of National Security.

A statement issued by the Information Minister, Kojo Oppong-Nkrumah, said the President, Nana Akufo-Addo, had with immediate effect interdicted only one Gerald Nana Osei-Tutu alias “OT” over the assault the others were never mentioned.

The press statement issued on Tuesday, December 1, 2020, said his interdiction was after the President, Nana Akufo-Addo, instructed the National Security to do so. It is not clear why the government kept silent on the other attackers, who are reported to be party loyalists.

Videos on the incident which have gone viral since Wednesday, November 25, 2020, show men on both sides of WO1 Mashud Salia’s Toyota Camry, forcefully dragging the well-built man out of his car, before dumping him in a silver-colored Toyota Land Cruiser.

But the government statement was silent on the role of the men, some of whom were seen with AK47 Assault rifles. Many other members of the deadly team were said to be carrying pistols.

There was one of them who videotaped the assault all the way until WO1 Mashud Salia, was dumped in the vehicle and driven to Michel Camp.

But reacting to the incident days after it surfaced online and the onward reaction by the President through the Information Minister Kojo Oppong Nkrumah, Mr Quakyi, said he remains skeptical having in mind the brutalities the operatives visited on some Ghanaians who sustained permanent deformities as a result of the gun attack. His reaction was contained in a rejoinder issued yesterday.

He said it was unfortunate to live with the fact that the recommendation by the Emile Short Commission of Enquiry, was never implemented.

“The mention of national security operatives evokes bitter memories of their complicity in the violence unleashed on fellow citizens during the infamous Ayawaso West Wuogon bye- elections.

A duly constituted commission of enquiry into the violence at Ayawaso– The Emile Short Commission– made specific recommendations on actions that must be taken to serve as deterrence against such wanton acts of indiscipline by party militia clothed as national security operatives or what have you.

Sadly, the recommendations of the commission, were set aside by the President. The recent exploits by national security operatives in attacking and humiliating a senior non-commissioned officer in the full glare of the public is reminiscent of a group that feels justified and emboldened”.

Mr Quakyi, said memories of that unfortunate incident linger on, especially as the country prepares itself for its 8th general elections since 1992.

He said, it has become even scarier and his fear heightened with the recent attack on no less a person like a Military officer.

“Already, there is pervasive anxiety among Ghanaians as we inch closer to the December 7 polls.

That anxiety is being fueled by the recent assault on the military officer by members from the same group, whose lawless actions have in the past gone unpunished”, he said to buttress his point.

Mr Osei-Tutu, is an officer of the Bureau of National Communications under the National Security.

The statement issued by the Information Minister, had said that “the President of the Republic and Commander in Chief of the Ghana Armed Forces, Nana Addo Dankwa Akufo-Addo has learnt with dismay reports of an attack on a soldier by an official of the Bureau of National Communications of the National Security Council Secretariat, Gerard Nana Osei-Tutu.”

“Upon the President’s instruction, the Ministry responsible for National Security, has interdicted, with immediate effect, the said Mr Gerard Nana Osei-Tutu and has commenced a full investigation into the incident.”

The statement further added, “The military constitutes a key layer in the country’s security architecture. Any infringement on the institution and its officers, will not be tolerated.”

The Herald’s information on him is that, he was once sacked from the Bureau of National Investigation (BNI) over allegations of bribery many years ago, but brought back into the service, upon the assumption of office of the NPP administration.

Meanwhile, the Military High Command, has vowed that the National Security personnel, who assaulted the uniformed officer of the Ghana Armed Forces, will not be left off the hook.

GAF, in a statement issued on Monday, November 30, 2020, and signed by the Director of Public Relations, Colonel Aggrey Quarshie, strongly condemned the attack on its officer and promised to bring the perpetrators to book.

It said that, investigations have already commenced to identify the persons who physically abused the officer whose name has been given as WO1 Mashud Salia.

It disclosed that a high-level meeting has been held over the matter and an apology has been issued from the Ministry of National Security.

“The attention of the Military High Command has been drawn to an unfortunate incident which occurred on Wednesday 25 November 2020 around Tulaku Junction, on the Ashaiman- Akosombo highway, in which a Warrant Officer (WOI Mashud Salia) was assaulted by some plain-clothed personnel of the National Signal Bureau.

This bizarre incident has been roundly condemned by both the Ministry of Defence and the Military High Command. The Sector Ministry of National Security has also, in a similar vein, condemned the actions of the personnel involved.

“As a first step toward redressing the problem, the Deputy National Security Minister, Hon Henry Quartey and the Chief of the Defence Staff, Lt Gen OB Akwa, have at an emergency durbar conveyed the sentiment of the two Ministries and rendered an unqualified apology to the said Warrant Officer and by extension to the Ghana Armed Forces.

“This durbar was held at Michel Camp, Tema on Saturday 28 November 2020 with troops of 1 Bn. All ranks have been assured that the matter is being thoroughly investigated and anyone found culpable would be dealt with in accordance with the law.”

The Ghana Armed Forces also urged its officers to remain calm and professional in the execution of their duties.

“It’s reiterated that the ongoing investigations will be pursued vigorously and sanctions meted out as appropriate. In the meantime, All Ranks have been urged to exhibit their usual sense of professionalism and tackle all duties with the same level of maturity