Uber and Bolt drivers on strike in SA

In the memorandum, the drivers demanded a faster process for renewing permits, which is suffering from a significant backlog, and called on the Mayor to temporarily prohibit the impounding of their vehicles. 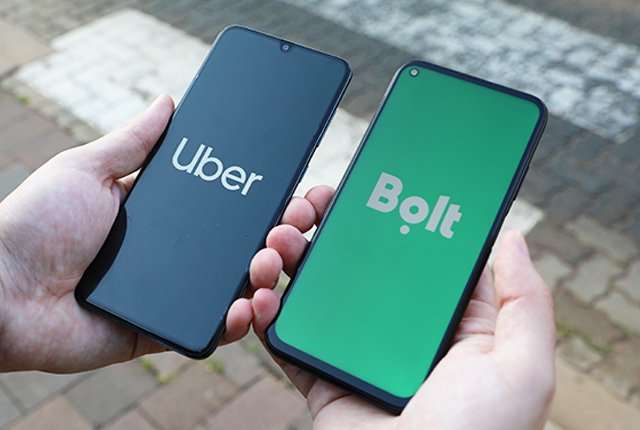 Drivers of Uber and Bolt in Cape Town have suspended their business activities and embarked on a strike.

They are demanding a bigger cut on earnings and the fast-tracking of permits for e-hailing operators in the Western Cape.

The drivers began the demonstrations in Cape Town last Wednesday, taking the fight to Bolt’s offices in the city where they submitted their demands.

The strike is now in its second day with the workers moving to the office of the city’s Mayor, Geordin Hill-Lewis, to whom they submitted a memorandum yesterday (Thursday).

In the memorandum, the drivers demanded a faster process for renewing permits, which is suffering from a significant backlog, and called on the Mayor to temporarily prohibit the impounding of their vehicles.

In an interview with Fin24, Uber Union Chair Siyabonga Hiabisa mentioned that the drivers also want Uber to reduce its commission from 25% to 10% and increase the drivers’ rate per kilometre to R10.

The drivers have given the two ride-hailing companies14 days to respond to their demands.

Head of communications for Uber in South Africa Mpho Sebelebele promised that Uber was going to work towards addressing the issues.

He also mentioned that the company understands the plight of their drivers and that it was working on ways to improve drivers’ earnings on its platform.

For Bolt, country manager Takura Malaba said that the company would engage the striking drivers to understand their demands, but maintained that affordability is central to Bolt’s business model.

Uber and Bolt continue to experience tough acclimatisation to the continent’s operating environment. Earlier this year, Tanzania’s Land Transport Regulatory Authority (LATRA) allowed the companies to operate at a 15% commission rate, a decision which led to Uber’s departure from the country and Bolt limiting its operations to corporate clients only. It’s also the second time this year that ride-hailing drivers are striking in South Africa. In March, the drivers embarked on a 3-day strike in protest of high commission fees and safety issues.

In Ghana, the last time Uber drivers went on strike, the company was not bothered because, as a staff rudely put it, they had over 7,000 drivers at the time and only about 200 were on strike, while others were busily working.

In Kenya, Uber drivers were able to secure a court order that compels the company to treat them as employees and meet their demands as such. This came after just about 30 drivers filed a class action against the company. Bolt has also reportedly limited its operation in Kenya as well.

Meanwhile, Uber has left Tanzania, while Bolt has suspend services to individuals in that country and is focusing on only corporate bodies due to some regulatory hurdles.