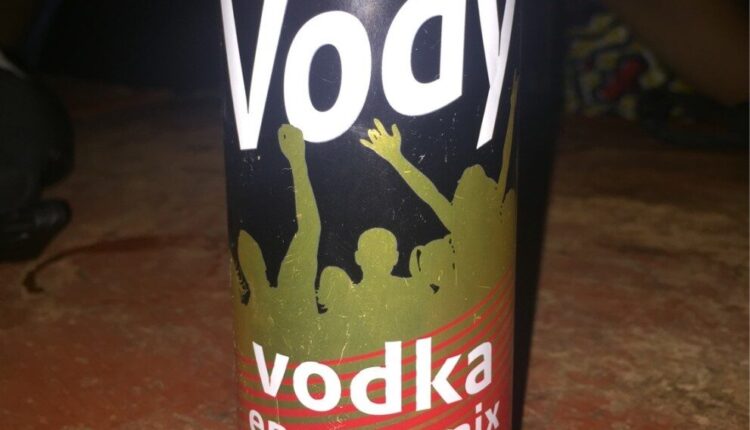 For most youth in Ghana, Germany-produced and WAGCOL-imported Cody’s Vody Vodka Energy Mix is currently one of the energy drinks of choice, if not the most sought-after, because, for them, it serves as an aphrodisiac, energy booster and a good intoxicant.

What many have not averred their minds to however, is the amount of destruction the caffeine and alcohol mixed beverage bring to their system, apart from the dizziness and blurry images it presents to the consumer.

Health experts have told NewsDay that “When alcohol is mixed with caffeine, the caffeine can mask the depressant effects of alcohol, making drinkers feel more alert than they would otherwise. As a result, they may drink more alcohol and become more impaired than they realize, increasing the risk of alcohol-attributable harms.”

Aside that, NewsDay established that many of the high blood pressure and cardiac-related ailments being recorded at the various hospitals and clinic are attributable to the consumption of caffeine-induced alcoholic beverages, which Cody’s Vody Vodka Energy Mix is one.

In most bars and pubs in Koforidua in the Eastern, Volta, Ashanti, Western and Greater Accra regions, Cody’s as the alcoholic beverage is fondly referred is the talk of town but no one seems to be paying attention to its effect on the consumers. 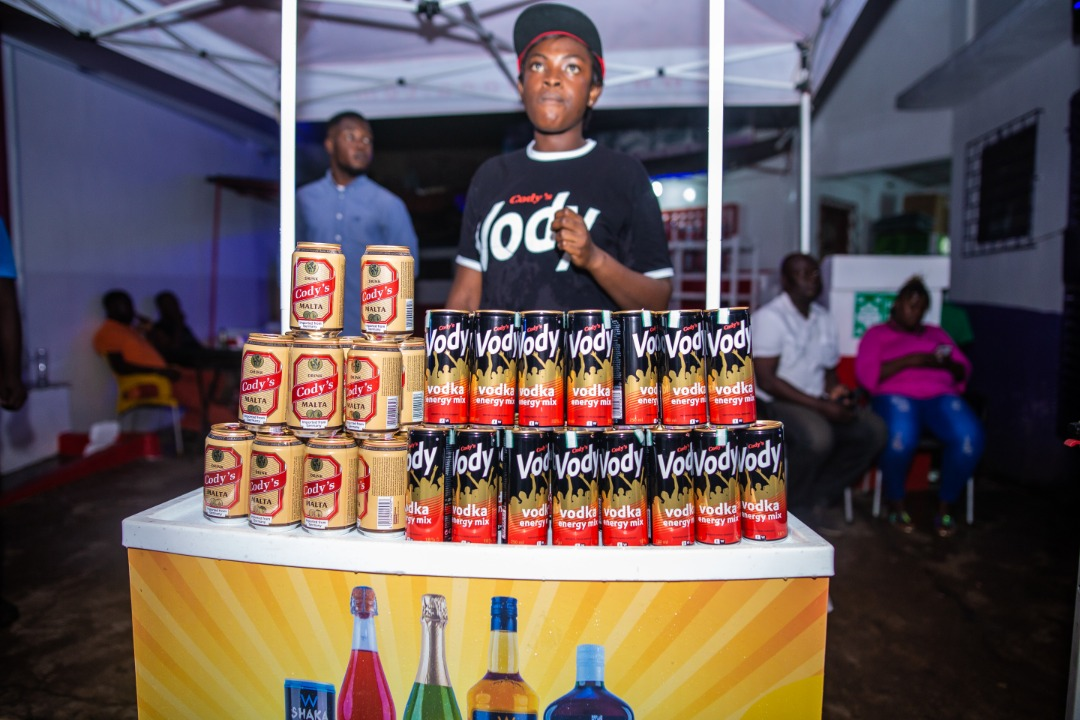 Cody’s energy is also Ivory Coast’s largest selling energy drink and one of the most visible FMCG brands in the country. It enjoys more than 90 percent of the energy drink market share in Cote D Ivoire selling around 80 containers a month.

Worst still is the fact that caffeinated alcoholic beverages are banned substance in most of the developed countries and many states in the United States of America, which leaves tongues wagging as to why such alcoholic beverages would be dumped on Africa soil for people to consume with reckless abandon.

For instance, according Federal Trade Commission (FTC) of the U.S.A these drinks presented a risk to consumer health because, “Consumers – particularly young, inexperienced drinkers – may not realize how much alcohol they have consumed because caffeine can mask the sense of intoxication.”

Multiple studies have established that mixing alcohol with caffeinated energy drinks increases the desire to consume more alcohol and could result in more alcohol-related injuries.

Another side-effect of consuming the caffeinated alcohol energy drink is its potential damage to the heart. As Julia Zumpano, a registered dietitian noted, both caffeine and alcohol have their own separate effects on blood pressure and, when combined, could create even more havoc.

Meanwhile, when NewsDay reached the Food and Drugs Authority via telephone after many excuses; for a response to the damning findings, the Media Relations Officer, Samuel Otoo, stated that once the product was registered there was no way the it could be hazardous to health.

He posited however that there was a high probability of consumers mixing the beverage with other narcotics thereby having adverse effects.

West Africa and Gulf Company Limited (WAGCOL), touted to be the importer and distributor of wide range of Spanish wines and very affordable non-alcoholic beverages of which Cody’s Vody Vodka Energy Mix is one; wanted to know the interest of NewsDay when the paper reached out to them about the findings.

Keep reading NewsDay as we compile the list of those adversely affected by the consumption of caffeinated alcohol beverage.

GOT A STORY? Share with us. Email: [email protected] or [email protected] WhatsApp: +233(0)244822034
BPCody’s Vody Vodka MixconsumersdestructionEnergy DrinkFDAhealth expertssystem
0
Share FacebookTwitterWhatsAppTelegram
Subscribe to our newsletter
Sign up here to get the latest news delivered directly to your inbox.
You can unsubscribe at any time

Powerful Casino Tips and strategies that Work in 2022