Vote of censure against finance minister to be done on Thursday

The Caucus in its advertised censure since October had cited mismanagement of the economy, alleged withdrawals from the Consolidated Fund, and illegal payment of oil revenues into offshore accounts among others as the grounds for the exercise. 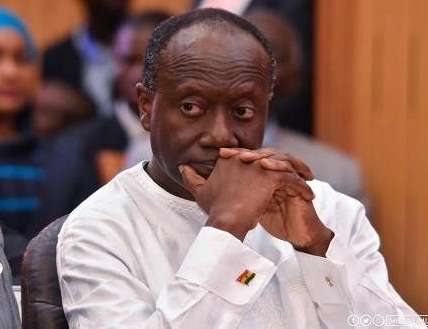 The Minority Caucus in Parliament will on Thursday, November 10 expected to move its vote of a censure motion against Mr Ken Ofori-Atta, the Finance Minister.

The Caucus in its advertised censure since October had cited mismanagement of the economy, alleged withdrawals from the Consolidated Fund, and illegal payment of oil revenues into offshore accounts among others as the grounds for the exercise.

However, Mr Alexander Afenyo-Markin, Deputy Majority Leader, advocated a fair hearing for Mr Ofori-Atta despite the Minority’s decision and Mr Alban Bagbin, the Speaker of Parliament’s ruling that the motion was appropriately laid and was to be accepted without any objection.

“Mr Speaker, the Minister is entitled to be heard. You cannot take away the right to a fair hearing from a respondent. So, Mr Speaker, my view is that, we have a serious matter of censure and applicants have not served the Minister neither have they served the basis on which they mounted their application,” he said on the floor of Parliament on Tuesday, November 1.

Reacting to the incessant call for his removal, Mr Ofori-Atta Meanwhile, the Finance Minister, Ken Ofori-Atta, at an engagement with the Association of Ghana Industries (AGI), called on Ghanaians to trust in his competence and ability to rescue Ghana’s ailing economy.

He said: “Ghana remains the best destination to do business. Let me assure you that you have a Finance Minister who has gone through all the pains and the aches, and nobody can say we don’t understand what we are doing. The question is, what resources do we have and how are we going to deploy them in the nation that we have and how do we stand firm in very difficult circumstances but being very confident?”

“Let me assure you all that, your best bet is still Ghana; we can do it, and we should do it,” Mr Ofori-Atta said.

Despicable conflict of interest ensuring that Mr Ofori-Atta directly benefited from Ghana’s economic woes as his companies received commissions and other unethical contractual advantages, particularly from Ghana’s debt overhang is among the basis upon which the Minority cited its vote of censure.

They also cited Unconstitutional withdrawals from the Consolidated Fund in blatant contravention of Article 178 of the 1992 Constitution, supposedly for the construction of the President’s Cathedral.

According to the Caucus, illegal payment of oil revenues into offshore accounts, in flagrant violation of Article 176 of the 1992 Constitution was another ground for the censure.

“Deliberate and dishonest misreporting of economic data to Parliament 5. Fiscal recklessness led to the crash of the Ghana Cedi which is currently the worst-performing currency in the world.

“Alarming incompetence and frightening ineptitude resulted in the collapse of the Ghanaian economy and an excruciating cost of living crisis,” the censure stated.

Finally, the group noted gross mismanagement of the Ghanaian economy which had occasioned untold and unprecedented hardship as another justification for the censure.