The funeral announcement comes a year after the Octogenarian passed away on October 15, 2021 at the age of 88 after  a short illness. 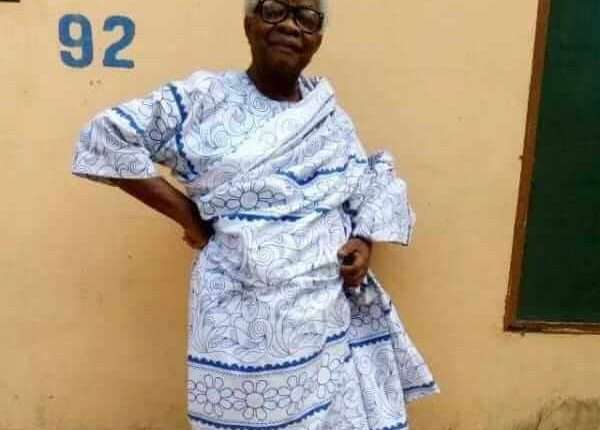 The final funeral rites for the Founder and Leader of the Homeland Study Group Foundation (HSGF), the group which gained popularity and ‘notoriety’ for pressing for the secession of Western Togoland from the Republic of Ghana and subsequent declaration of same, will be held at his hometown of Xavi, near Akatsi in the Akatsi South Municipality of the Volta Region.

The funeral announcement comes a year after the Octogenarian passed away on October 15, 2021 at the age of 88 after  a short illness.

On Friday, October 28, there will be a pre-burial service at the Dela Cathedral E.P Church, Ho Kpodzi at 8:00 am.

Following this, the body will be conveyed to his hometown at Xavi, near Akatsi for interment. This will be followed by another wake-keeping at 7:00 pm in Xavi.

There will be another burial service on Saturday, October 29 at the Xavi E.P School Park at about 7:00 am followed by a Thanksgiving Service at the Xavi E.P Church on Sunday, October 30. There will be another Thanksgiving Service in Ho, at the Dela Cathedral E.P. Church, Ho Kpodzi on Sunday, November 13, 2022. The attire dedicated for the entire burial and funeral activities is Black and White.

Kudjordjie had said while alive that he will be disappointed in God if he is not allowed to see the secession of parts of Volta, Oti, and the eastern parts of the Northern Ghana, which areas originally made up Western Togoland (British Togoland under British administration) .  A vision he had championed for years.

He started as a historian on several radio stations in the Volta Region under the HSGF, an organisation he set up years ago with a huge  increase in followership, focusing on an agenda for the secession of parts of the territories along  Ghana’s eastern borders.

The agenda led to several splinter groups also championing the same agenda based on “distorted history”.

Some youth who believed the story and convinced that Western Togoland was short-changed by Britain, Ghana and their Collaborators, staged some violent attacks in parts of the Volta Region in furtherance of the separatist’s agenda. 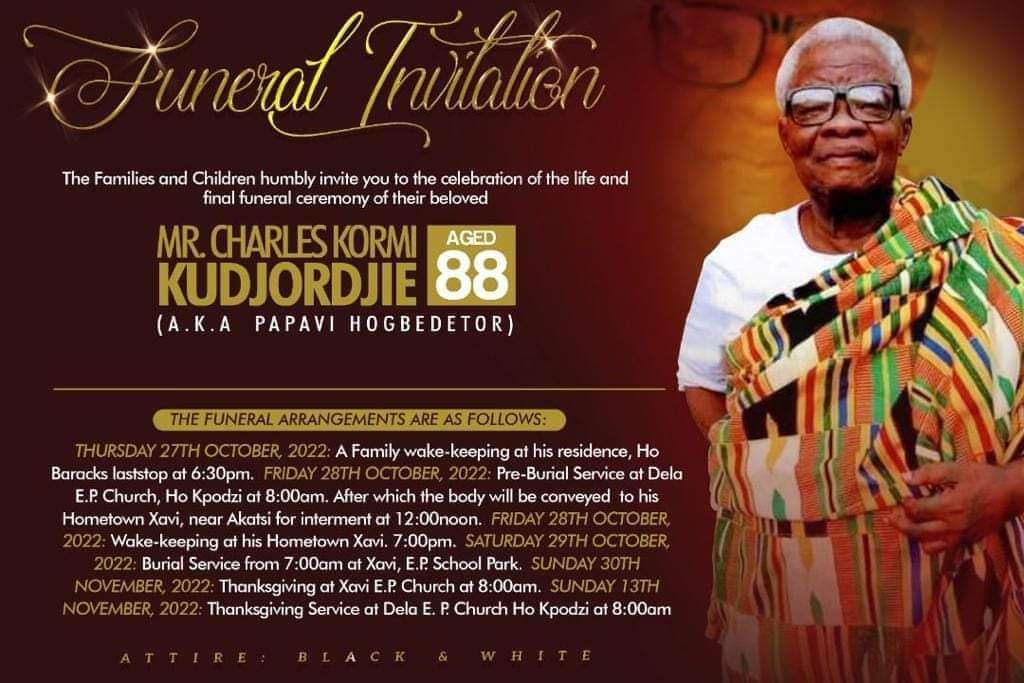 However, swift response and heightened security within the country and along the borders coiled the agenda as several arrests were made with many describing the arrests and detentions as arbitrary and capricious  on the part of the government of Ghana. Many of those arrested are still in detention bringing to question Ghana’s stand on human rights and freedom of association as enshrined in it’s own constitution. Others have also called on the government to release the incarcerated Western Togolanders and enter into negotiations with their leaders for peace to prevail.