I just read the speech delivered by President Akufo-Addo at the 8th Edition of the Ghana Economic Forum where he attempted to blame former President Mahama for his underperformance, display of gross incompetence and failure to failure to fulfil his promises. The President said his government will continue to ”demonstrate its commitment and determination to ensuring that the habits and sins of past managers of our public finances are no longer visited on this or future generations”.

It is my firm belief that these statements were borne out of ignorance, lacking in depth and are devoid of the sort of critical stuff that one would expect from the C.E.O of corporate Ghana.

However, the President seems bent on continuing what has become an official position of his government and party to reduce reduce commentary on public issues, and indeed the art of governance to cheap political chess game. It is shameful and embarrassing that having been in power for almost three years, the Akufo-Addo government is unable to point to cogent, convincing and data driven achievements.

Instead, it has spent the bulk of its time designing and implementing communication strategy around massive propaganda, half truth and outright falsehood in an attempt to continually deceive Ghanaians and cover its shame. Combination of incoherent policies, corruption, nepotism and incompetence on the part of the government has significantly weakened the economy, created massive unemployment, raised prices of goods and services, collapsed banks and businesses, weakened the Cedi and have made Ghana one of the unfavourable places for doing business. What are the sins of the past managers of our public finances?

-Under Mahama, Ghana was rated among the best places for doing business and destination for foreign direct investment in Africa. Investors responded to the policies designed by the Mahama administration by investing millions of dollars in the Ghanaian economy.

– Under Mahama, Ghana was rated one of the happiest in Africa.

– The Mahama administration stabilised the movement of the Cedi before leaving. The Ghanaian currency depreciates every day under the current administration.

– Where is the low fuel prices Candidate Akufo-Addo promised Ghanaians. The Price of both petrol and diesel was GHC 3.6 per litre in January 2017. It is now selling at Ghc 5.39 and a gallon for almost Ghc Ghc 25.00 at the pump. Meanwhile the Akufo-Addo government accrued Ghc 2.3 billion from oil revenue in 2017 and Ghc 4.5 billion in 2018 and projected to receive GHC6 billion for 2019. The administration is making these gains because of the investment the Mahama administration made in the oil and gas sector.

– One of the sins the past managers committed was the establishment of ESLA. In 2017 alone, about GHC of ESLA proceeds was used to pay pension arrears. In 2018, over GHC 800 million of the ESLA proceeds could not be accounted for. They have squandered or the levies.

Policies implemented by the managers did not collapse banks. Their sins did not lead to dismissal of thousands of bankers and collapse of banks and other financial institutions.

– Their sins did not lead to mind boggling scandals in the energy sector.

– Generation was increased in addition to the energy sector Levy. The legacy debt of the power utilities was restructured which helped to stabilise the power situation.

– Another sin is the Atuabo gas plant which is saving Ghana Ghc 500 million annually.

-Another gargantuan sin is the World Bank, IMF and other institutions projection in 2016 that Ghana’s economy will grow by 7-8 percent in 2017-18 as a result of investment made in the oil and gas sector by the Mahama administration.

-Another sin is the establishment of Ghana Export- Import Bank to support the Government of Ghana’s quest for a feasible and sustainable export led economy.

– Another sin is the rehabilitation of our airports, ports and building of new airports. Government revenue from our international airport has quadrupled as a result of the renovation works the last managers undertook.

– Another sin is the excess power we selling to our neighbouring countries.

– Another sin is the support the last managers gave to some pharmaceutical companies to help them expand their business and increase production.

-Another sin is the funds they channeled in the construction of schools, hospitals, roads, water projects and other projects.

Righteousness according to the President is

– The deputy chiefs of staffs deal

– Appointing of over 100 minister plus thousands of staffers

– Selling NOT FOR SALE fertilizer to our poor farmers

– Appointing over 40 family members of the President into the administration

On and on and on

Let’s Protect Our Democracy – Vote No in the upcoming Referendum 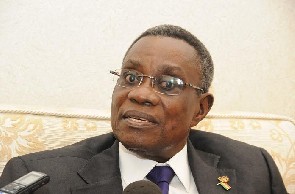 The Death of President Atta-Mills: Were John Mahama & the NDC Complicit?

We need well-defined Ideologies instead of Partisan Local Government System

Accessibility of the Fanfare Ambulance

28th of January, 2020 marks deliberate day in the history of this country. Despite any hindrances faced by the Ghana

HUAWEI to introduce its elegant and trendy Nova Series in Ghana soon?

Should we expect a Super Nova to be coming to our markets soon? It is rumored that Huawei will bring