He was presented with a citation which indicates in part that he was being honored in grateful recognition of his enduring commitment and exceptional contributions to the Party’s development and success. 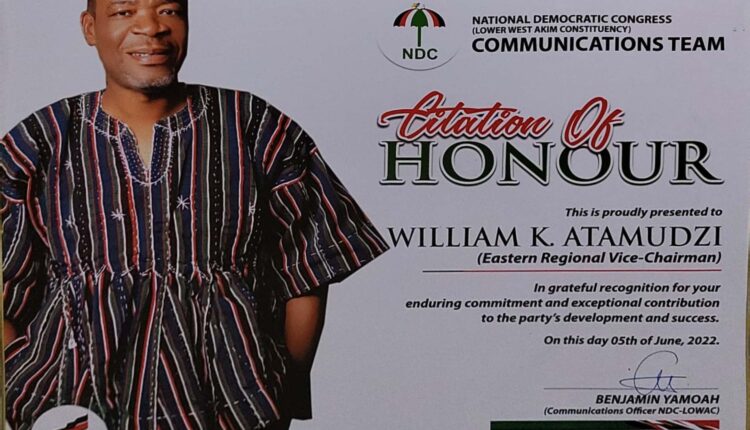 The Vice Chairman of the National Democratic Congress (NDC) in the Eastern Region, William Kwame Atamudzi, has been honoured by the communications wing of the party in the Lower West Akim constituency. This follows the recognition of his hard work, foresight and commitment towards the cause of the party in the Region and beyond.

He was presented with a citation which indicates in part that he was being honored in grateful recognition of his enduring commitment and exceptional contributions to the Party’s development and success.

It was to motivate him to do more in the impending 2024 elections.

Atamudzi has declared his intentions to contest for the Regional Chairmanship position of the NDC when nominations are opened and he is hopeful that his good works would speak for him.

His strong willed character and selflessness were exhibited and felt by all party stakeholders during the 2020 general elections where he championed a lot of initiatives to cushion the party’s chances in the Eastern Region.

These among others are what have endeared him to the heart of many party faithfuls who have declared their support to work with him and for him.

The communications wing of the Lower West Akim constituency of the NDC believes that Atamudzi will receive massive support to lead the party in the Eastern Region.

In a media interview, Atamudzi remarked that “the Communications Bureau and the constituency know my performance in the region during the last election in terms of logistical and financial support, so for me, even though they are being grateful to me, I see it as a challenge to do more”.

The Eastern Regional Chairman hopeful recounted how in the 2020 elections, he personally made sure he protected the votes of the Ayensuano constituency by mobilizing people to throng the collation centre culminating in the sweet victory of the NDC in that area hitherto regarded as an NPP strong hold.

He said the 2024 elections is very critical to the NDC hence the Party needs a unifier, a resourceful person with a strong character who would not compromise his stance in the election. He said it is the reason he is putting himself up for the Chairmanship position to win more seats and turn the fortunes of the party around in the region. 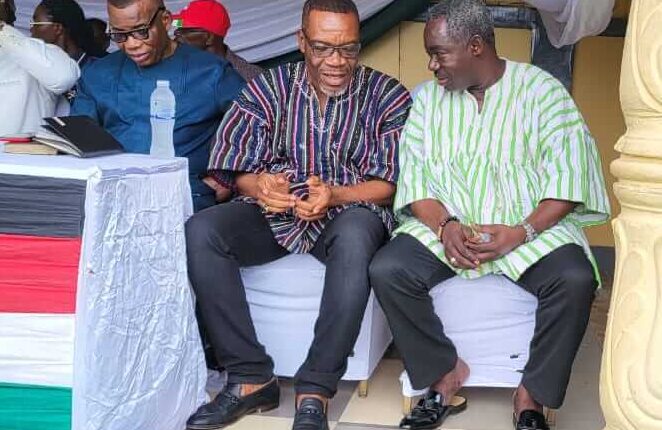 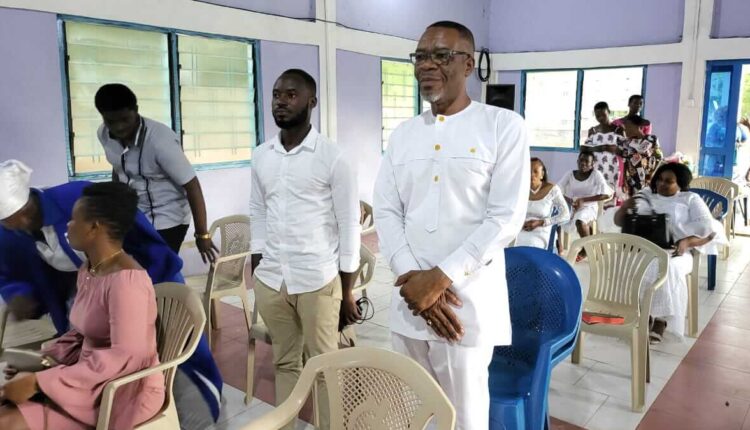 Plastic Punch, UNDP, and EU collaborate to mark 2022 World Ocean Day in Accra – urging citizens to take action to save the oceans from plastic pollution