The meeting which brought together almost all the aspirants who contested the regional executive positions in the region discussed several issues including how to strengthen the party, make it vibrant and organized for victory.

As a sign of uniting the rank and file of the National Democratic Congress (NDC) in the Greater Accra Region so as to position the party in readiness for victory in the impending 2024 elections, the Regional Chairman – Emmanuel Nii Ashie Moore has organized a unitary meeting between all aspirants in the regional contest.

The meeting which brought together almost all the aspirants who contested the regional executive positions in the region discussed several issues including how to strengthen the party, make it vibrant and organized for victory.

The new regional executives took the opportunity to unveil its strategy and sought the support of all the defeated aspirants to make it work.

The unity meeting was chaired by the second National Vice Chairperson of the NDC – Madam Sherry Ayittey, and had others like Prof. Joshua Alabi and other leading members attending.

In an interview with journalists after the meeting, Sherry Ayittey said the talk was necessary because NDC has a national assignment to rescue Ghanaians and it cannot do that without bringing persons with experience and mobilization skills on board.

She said the defeated regional executive aspirants have a role to play, judging from the experience they have gathered and the fact that, they equally have followers. 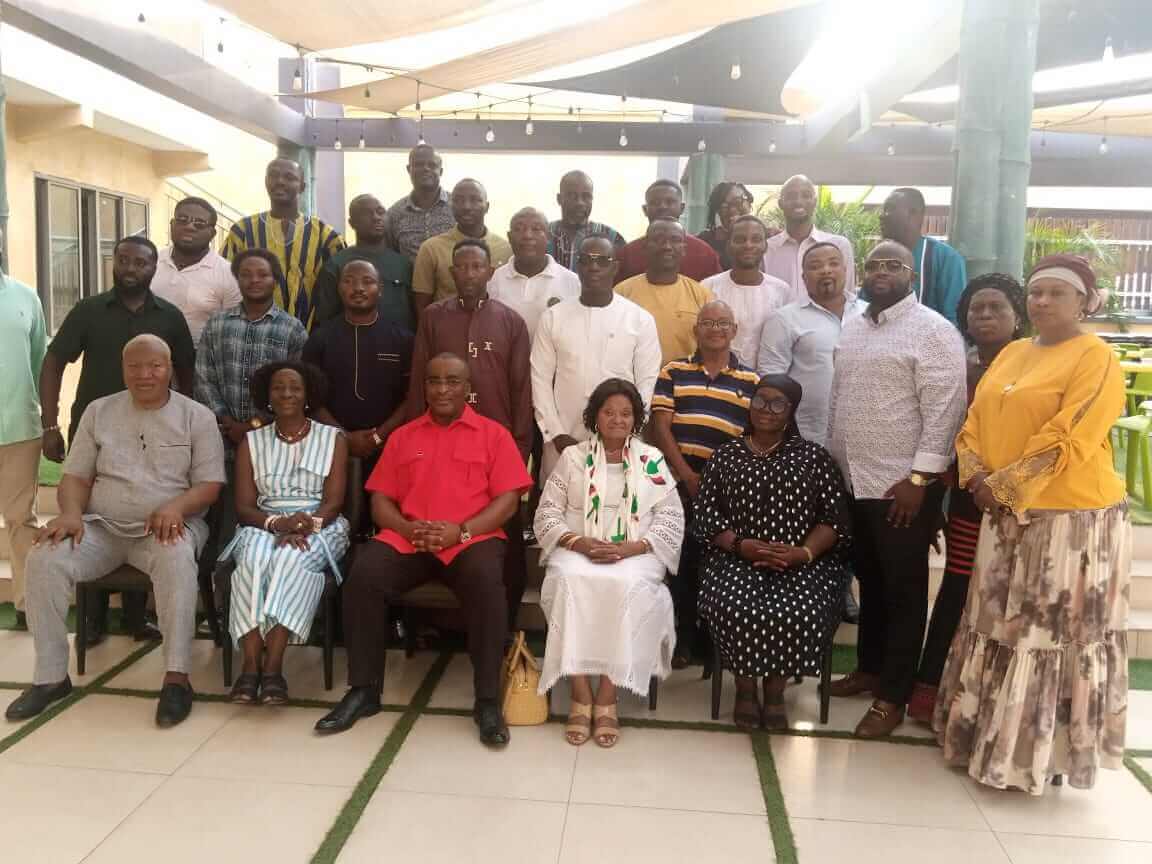 Professor Joshua Alabi, who is also a former Campaign Chairman for  the John Mahama in the 2020 elections,  also challenged members of the party to come together and work towards unseating the ruling  New Patriotic Party (NPP).

He said now that everything has been settled for the region, the party must focus on the 2024 elections, emphasizing that, the aim is to capture five additional parliamentary seats for the region.

He enjoined all supporters and members of the party to bury their differences and give peace a chance so the party can rescue Ghana from the current economic hardship.

“We should team up with our members and the party so that we will record resounding victory at the polls.”

The Regional Chairman, Hon Emmanuel Nii Ashie Moore said there was a need for the unity meeting to ensure that everyone is on board to help move into the 2024 general elections with a common goal.

He said the major task of the region is to win the Presidential elections and increase the number of parliamentary seats in the region. He was optimistic that the party will return to power in 2024.

The Regional Chairman said the defeated aspirants with vast experiences would be co-opted into various committees to work for the victory, emphasizing further that, the NDC in the Greater Accra Region, “will be guided by consultation, team-work, internal democracy and national interest.”