World AIDS Day: ‘How I returned to HIV treatment and good Health’

“It all started when I became very sick. Some of my siblings and people said I am a witch. My younger sister sacked me from her house when I went to visit her because one of my sisters told her I’m a witch and that no one should accommodate me, so I left there in tears”, 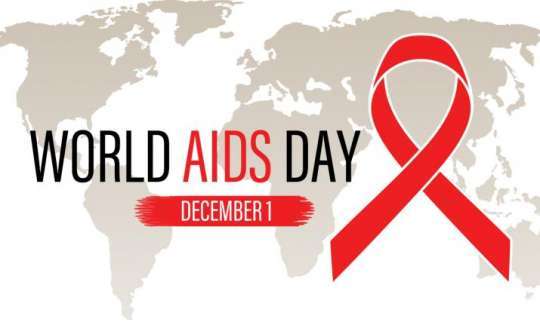 As the good book says, “the rejected stone by the builders has become the cornerstone”, reflects the inspiring story of Gifty, a 52-year-old Person Living with HIV (PLWH).

Gifty says she lost her parents at an early age, but due to her determination to acquire formal education, she completed her basic education, locally known as form four, in 1986.

As Ghana joins the rest of the world to mark the 2022 World AIDS day, Gifty, a successful trader, opens up to share her story to inspire and bring hopes to other PLWHs in the country.

Each year, on 1 December, the world commemorates World AIDS Day where people around the globe unite to show support for people living with HIV and to remember those who have died from AIDS-related illnesses.

The theme for the 2022 commemoration is “equalize”.

Gifty told this reporter she lost her first when she (child) was eight, a saddened experience she would never forget in her life.

“It all started when I became very sick. Some of my siblings and people said I am a witch. My younger sister sacked me from her house when I went to visit her because one of my sisters told her I’m a witch and that no one should accommodate me, so I left there in tears”, she explained.

As a trader at the local market, Gifty said her family never came to the market to buy anything from her because of her sickness.

“I was rejected by my family. My younger brother works at a government hospital and he is
the only one that accepted me”, she said saying “in June 2020, he took me to the hospital where they gave me some medications that made me feel better”.

“When I first went to my brother’s place for treatment, the news broke out in my village. While some believed I was a witch, others admitted I am extremely sick”, she indicated.

Gifty, who looks healthy, comfortable and wears attractive smiles on her face explained that when she got back to her hometown, after treatment, “I couldn’t even go out of my room because of the stigma”.

After two years, “I became very sick again and my condition worsened; I became deaf and could not even see well”.

But, February 2022 Gifty said she was lucky to be introduced to the lady, who after extensive conversation inspired and gave her hope.

I later got to know that the lady was HIV case manager from MIHOSO International, a subgrantee of the USAID Strengthening the Care Continuum project.

“She came to my house as part of their usual community visits and had lengthy discussions with me on HIV and other health-related issues. After the discussions, I decided to test for HIV”, Gifty stated.

“We went to the hospital and I was confirmed to be living with HIV; I accepted it. I was immediately put on HIV treatment. Since I started taking the anti-retrovirals I am now feeling well. I have been on HIV treatment for the past seven months.

“My blood sample has already been taken for the viral load test and I am awaiting the results. I currently feel much better than before. People in the community who circulated information about my condition at first have turned around to testify that I am not a witch and that it was a normal illness”, she indicated.

“As I started feeling better, a friend supported me to restart my trading activities – selling ingredients such as corn flour, tomatoes, garden eggs, onion, and pepper at our local market.

“But due to financial challenges, the business collapsed. I informed the MIHOSO team and they came and assessed the place and supported me with capital to revamp my business.

Currently, I sell more ingredients than before and obtain a weekly profit margin of 50 to 80 percent. I am now a happy person because I am healthy and have a good job. I don’t think and depend on anyone for my daily bread”, she added.

Gifty said her community now sees her as one of their own, but not a witch, and expressed her appreciation to MIHOSO international, and the JSI Care Continuum project.

“Now I sell many food items and people buy from me without any discrimination. As the good book says, “in fact life is an example of the rejected stone in the great book and I am happy everyday”, she added.

Gifty is among the 136 PLWHs brought back to care by the MIHOSO International, a health centered NGO which implemented the USAID JSI Care Continuum project in the Ahafo Region between October 2021 and September 2022.

According to Mr. Thomas Benarkuu, the Programmes Director, MIHOSO, the implementation of the USAID Care Continuum project supported over 33,000 people living with HIV in the Western, Western North, and Ahafo Regions.

The implementation of the project, with funding from the United States President’s Emergency Plan for AIDS Relief (PEPFAR), a US government initiative to help save the lives of those suffering from HIV/AIDS was designed to strengthen the Government of Ghana’s capacity, and its partners, to provide quality, comprehensive HIV services for people living with HIV in the three regions.

Mr Benarkuu said the project worked with the Ghana Health Service and other partner civil society organisations, saying more than 5,000 People in the project implemented regions were linked to HIV treatment between October 1, 2021, and September 30, 2022.

In addition, the project identified 5,838 people living with HIV (PLHIV) in the Western, Western North, and Ahafo regions achieving 95 per cent of the project target, he said, saying out of the figure 5,605 of them were successfully enrolled into HIV treatment.

“In fact the project exceeded a key PEPFAR indicator target by 25 per cent (6,250). Thanks to strong advocacy and implementation of the Back-to-Care (B2C) campaign”, Mr Benarku indicated.

The project also supported persons already on HIV treatment to remain in care and the drastic increase in the number of PLHIV currently receiving ART at the project implemented regions results from increases in case identification, linkage, and B2C campaign for patients that interrupted treatment.