Nonetheless, Gyan do not wish for the attacker to score against Ghana but rather against other teams in Group H and at the world cup. 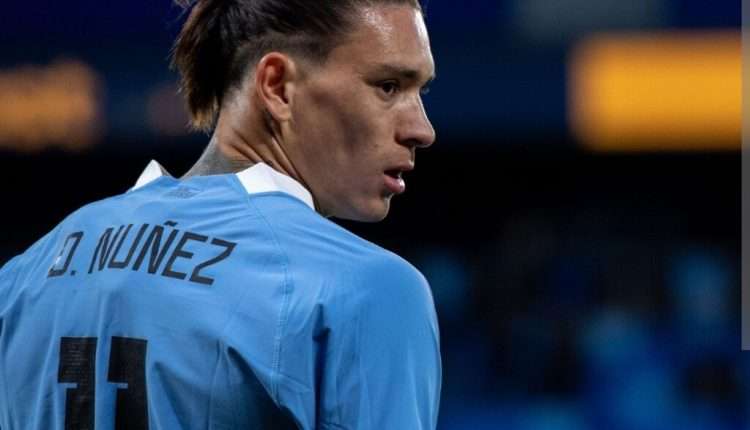 Former Ghana star player Asamoah Gyan has predicted that South American side Uruguay’s striker Darwin Núñez will end up as the Golden Boot winner at the FIFA World Cup tournament in Qatar.

Gyan believes the Liverpool FC attacker has the requisite requirements to win the 2022 FIFA World Cup tournament top scorers award which was won by Harry Kane in 2018 in Russia.

Gyan, who’s Ghana’s all time top scorer says the Uruguayan attacker is the player he expects to be the main man for his country at the Mundial.

Nonetheless, Gyan do not wish for the attacker to score against Ghana but rather against other teams in Group H and at the world cup.

“For me, I think Darwin Núñez will win the world cup golden boot award at the end of the tournament. He may not start on a blistering pace but could go on to win the top-scorer.”

“I don’t want him to score against Ghana but he can score all his goals against the other opponents”, he said on Super Sports.

The 37-year-old is Ghana’s all time top scorer, scoring 51 official goals in 109 appearances for the Black Stars in his illustrious career.

He is the African player with most goals at the tournament after playing at three consecutive World Cup tournament in between 2006 and 2014 with six (6)goals .

Ghana will start their 2022 FIFA World Cup campaign with a game against European giant Portugal on November 24 at Stadium 974 in Doha.

Four days later, the Black Stars return to action with a clash against the Asian powerhouse South Korea at the Education City Stadium in Al Rayyan.

The Black Stars who are making their fourth FIFA appearance will end their group stage campaign with a clash against Uruguay at Al Janoub Stadium in Al Wakrah.