The District Chief Executive for Ellembelle, Kwasi Bonzo, has revealed that his district is currently supervising the construction of a total of 198 kilometers of roads understand the ‘year of roads’ declared by President Akufo-Addo.

According to him, the 6.5 kilometer asphalt road from Esiama through Nkroful to Anwai which is currently under construction is being funded by the Ghana National Petroleum Commission (GNPC). It is expected to be completed for commissioning by July, 2020.

In an interview with Opera News during a recent visit to the district, Kwasi Bonzo explained that over 20 kilometers of road projects have also been captured under the government’s critical roads infrastructure project. He said notable companies including including Ghana Cocobod, Ghana Highway Authority, Ghana Gas, and the Department of Feeder Roads have all committed to funding the projects.

Kwasi Bonzo accused the previous administration of John Dramani Mahama of not constructing even a kilometer of road within the district and that is why roads in the district have been left in a bad state.

He noted that the administration of Nana Akufo-Addo is committed to bringing relief to motorists and residents accros the country so as to enhance the local economies. 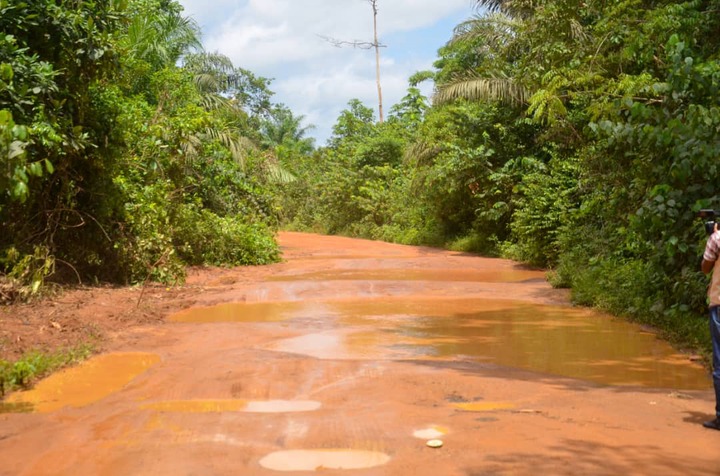 Disclaimer
Ghananewsonline.com.gh is not responsible for the reportage or opinions of contributors published on the website. Read our disclaimer.
Send your news stories to ghnews101@gmail.com and via WhatsApp on +233 24 482 2034.

Exclusive: How some rogues plan to Assassinate the Character of the Chief-of-Staff

AKUFO-ADDO: A Kyebi political chameleon destroying himself in a downpour of mediocrity – An Owula Mangortey observation

I am a Citizen. I rise to meditate on the destruction of my respected Retired and Tired President Billy Akufo-Addo,

Buy Your Future With Nana Akufo-Addo – Ghanaian Youth (Part One)

…Produced by Slvmlife & 4EB. Coming from a family of music, Ghanaian-Nigerian Afrobeats artiste, Dajon, started music at a very

The National Council on Persons with Disability will be holding Ghana’s first disability inclusion summit in Accra. The summit with

Sod that: pickaxes, spades, and cutting the ‘sword’

In the run-up to every election in Ghana, our politicians go into a frenzy of photo-opportunities, – sod cutting for

Any cookies that may not be particularly necessary for the website to function and is used specifically to collect user personal data via analytics, ads, other embedded contents are termed as non-necessary cookies. It is mandatory to procure user consent prior to running these cookies on your website.