You have the power to stop Human Trafficking – Chiefs told

She noted that faith-based communities wielded influence and power via their pulpits and gatherings, thus were positioned to initiate change via identifying trafficking situations, victims, perpetrators and help law enforcement officers to deal with the canker. 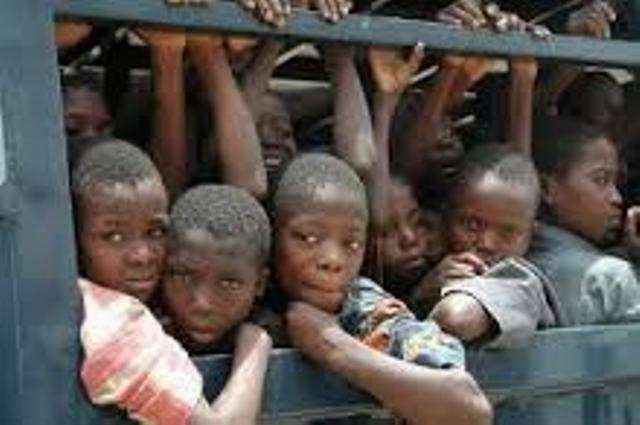 Faith-based groups and traditional leaders have been asked to use their influence to stop human trafficking in Ghana.

The Deputy Director, Human Trafficking Secretariat, Ministry of Gender, Children and Social Protection, Mrs Sena Owusu Gibson, who made the appeal on behalf of the Ministry at the Faith Action Women’s Conference at Abokobi near Accra, said,” You have the power to stop the menace.”

She noted that faith-based communities wielded influence and power via their pulpits and gatherings, thus were positioned to initiate change via identifying trafficking situations, victims, perpetrators and help law enforcement officers to deal with the canker.

She also said traditional leaders were well positioned in society to influence their local communities via Town Hall meetings, Community Durbars among others to mitigate the problem which is on the rise.

“For many of us Africans, religion gives meaning and purpose to our lives and that can be used to bring hope to many. Religious institutions can through their mediums bring hope to victims of trafficking and appeal to the conscience of traffickers,” she said.

Religion, according to her, “can be a force both for social change and stability, religion teaches people moral behaviour, thus helping individuals to become good members of society”.

Reverend Dr Johnson Mbillah, Director, Centre for Interfaith Studies and Engagement in Africa (CISEA), said,” The world has recognised that faith-based organisations should show the way. Christians and Muslims as we are, we should not only go in and begin the process but actually show the way.”

The conference, he said, was a platform where the various religious organisations would reason together and map out strategies to partner anti-Human Trafficking groups and Government to mitigate the menace.

In an interview with the Ghana News Agency, he said faith-based groups could adopt family planning as part of the mitigation measures.

Reverend Mbillah said family planning was crucial to control the unplanned pregnancies which produced unwanted and poorly catered for children, many of whom fell victim to trafficking.

“Family planning is crucial because you just cannot be producing children anyhow without a plan to adequately care for them. You don’t just multiply because scripture says so but, you have to plan for those you can cater for.” He pointed out.

Human Trafficking, according to the United Nations Office on Drugs and Crime is the recruitment, transportation, transfer, harbouring of people through force, fraud or deception, with the aim of exploiting them for profit.

Men, women and particularly children of all ages and backgrounds can become victims of this crime, which occurs worldwide. The traffickers often use violence, fraudulent employment agencies, fake promises of education and job opportunities to trick and coerce victims.

Ghana’s fight against human trafficking has received international recognition as the latest Trafficking in Persons (TIP) report upgraded the country from a Tier 2 Watch List to a Tier 2 ranking in the 2018 TIP Report.

The report noted the Government’s increased efforts since 2017 to combat human trafficking, including implementing a National Anti-Trafficking Plan, prosecuting and convicting an increased number of labour and sex traffickers per the Human Trafficking Act (Act 694) of 2005 and increasing cooperation across anti-trafficking Government agencies.