They beat Congo DR 3-0 to finish the group stages of the 2022 CHAN tournament ongoing in Algeria with six points. 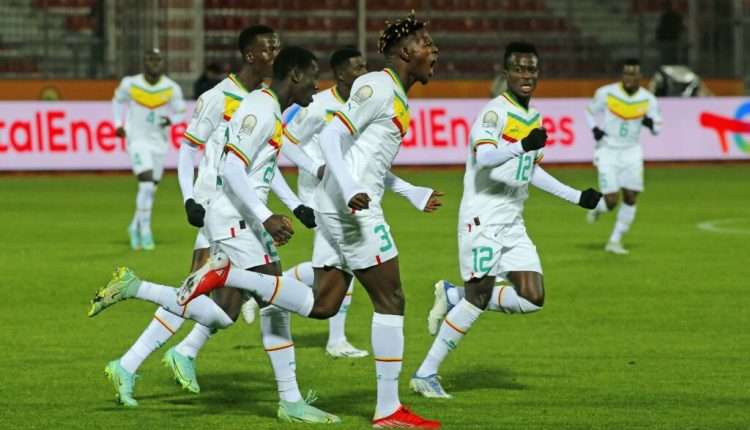 The Lions of Teranga from Senegal whipped the Leopards of Democratic Republic of Congo on Sunday evening to go top of Group B.

The Lions after suffering defeat in their second game against the Cranes of Uganda bounced back to winning ways to book a place in the quarter final of the competition.

They beat Congo DR 3-0 to finish the group stages of the 2022 CHAN tournament ongoing in Algeria with six points.

Halfway through the first 45 minutes of the match, Ousmane Diouf broke the deadlock of the match to put his side 1-0 up before the break.

Pape Diallo scored the second goal for the Lions 16 minutes away from the full time whistle with a nice goal to make it 2-0 after 74 minutes.

Baggio Siadi scored at the wrong end of the field to hand the Senegalese a whopping 3-0 win and will face of Group D in the next round.