In a statement reacting to this, Most Rev. Gabriel A.A Mante indicated that mining in and around mountainous areas could be a potential cause of disasters. He said for instance, if mining would be done on Akpafu Todzi, Teteman, and other nearby mountainous areas, the constant disturbance of the mountains and vibrations caused by heavy equipment could lead to landslides. 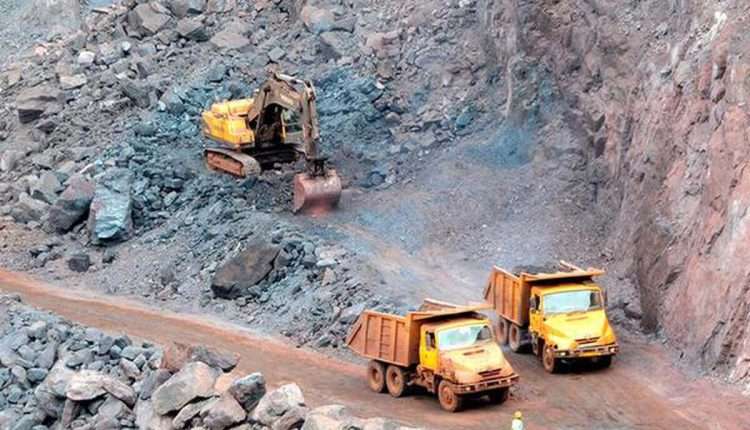 Catholic Bishop of Jasikan, the Most Rev Gabriel A. A Mante, has urged traditional leaders in the Oti and Volta regions to resist any attempt by the government to mine iron ore – a recently discovered mineral resource in the Oti region.

The Oti regional minister Joshua G. Makubu at a press conference in Accra earlier in October 2022, announced the discovery of Iron ore in commercial quantities in the region and urged investors to begin looking for lands in the region to start their investments there due to the discovery.

“I want to advise people in Accra to start looking for land in the Oti Region because what is going to take Ghana from our current state to a very industrialized nation has been found in the Oti Region, and that is the iron ore,” he said.

“Currently we are at a stage the technical people would call mineral resource estimation to get the actual tonnage available in the land,” he stated.

In a statement reacting to this, Most Rev. Gabriel A.A Mante indicated that mining in and around mountainous areas could be a potential cause of disasters. He said for instance, if mining would be done on Akpafu Todzi, Teteman, and other nearby mountainous areas, the constant disturbance of the mountains and vibrations caused by heavy equipment could lead to landslides.

“The result will be that a whole village such as Teteman or Akpafu Todzi, could slide off causing death, harm to lives and properties. Communities living in the nearby valleys could also be buried by the same landslides. In the case of Bowiri communities, their ancestral home will be destroyed.

“There is no guarantee that mining in the Oti Region will contribute to the economy of the local people. The aforementioned repercussions, the destruction of the environment, the health implications and the worsening indigenous economy far outweigh the benefits that could be derived from mining the mineral resources.

“In considering all that has been said, we call upon the traditional leaders, both in the Oti and Volta Regions to take a determined and uncompromising stance against the mining of the mineral resources which have now been discovered and those yet to be discovered. We would like to remind them that their greatest responsibility from God and our ancestors is to protect the lives God has entrusted to them to lead – we call upon all government officials within these two regions to re-examine, whatever agreement they must have reached with companies which have been invited or contracted to mine these resources namely: the iron ore, the gold and the lithium. In connection with the forgoing, a few pertinent questions arise.