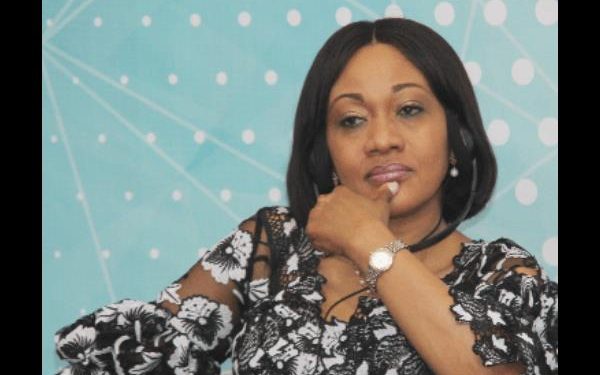 “… Ms. Jean Adukwei Mensa is too much…too much… In clear language, Deputy Attorney-General Dame told the Supreme Court that Jean Mensa erred by not allowing the people to vote … Plainly, as administrator, Ms. Jean Mensah…has not brought any innovations to the EC… On the contrary… Professor Adei’s claim is…propaganda… The last we checked, we’ve not seen Jean Mensa apologize to the people…to Ghana… Visiting the EC website 14 days into 2021, we find the EC under Jean Mensa has… decapitated the ‘History of the Commission’ to merely…15 lines…5 paragraphs…205 words. The EC ‘history’ begins in 1968 and ends in 1971, for some odd reason… Every Ghanaian and Ghana supporter ought to be outraged… Ghana, we don’t want no Kibaki problem… We don’t want Kenya massacre… We don’t want Mugabe nonsense… We don’t want Zimbabwe Wahala…Jean Adukwei Mensa must go, now…,” (Prof Lungu, 14 January, 2021).

The big mess created by Ms. Jean Adukwei Mensa at the Ghana Electoral Commission (EC) during and after administration of the 2020 elections in Ghana still constitute grounds for dismissal of the EC chief from that hallowed tax-payer funded position. The claim by Professor Stephen Adei that “Jean Mensa is the best EC Chair Ghana has ever had” is patently sycophantic and absurd to the highest degree.

In Part 1 of our series, we wrote that over nearly 3 decades, the Electoral Commission’s “carefully carved reputation” that was the subject of Professor Gyampo’s recent article on these same pages, was “carved” mainly during the tenure of Dr. Kwadwo Afari-Gyan, during 1990s, up to 2015; and during Ms. Charlotte Osei’s tenure.

Plainly, Ms. Mensa had no role in establishing and securing the reputation of that hallowed EC reputation.

Plainly, Ms. Jean Mensah, as administrator, has not brought any innovations to the EC during her time at the EC that would cause elections in Ghana to be administered more efficiently, more effectively, more economically, and more equitably.

Today, visiting the Electoral Commission website just 15 days into 2021, we find the EC has effectively decapitated the “History of the Commission” to merely 15 lines, 5 paragraphs, and 205 words. The “history” begins in 1968 and for some odd reason ends in 1971. This, on webpages published in what appears to be 1-point font that render the webpages unreadable except with a magnifying glass. When you bother, the visitor finds multiple “Download” links communicate, “This page doesn’t seem to exist”.

Says Jean Adukwei Mensa on the entire “History Of The Commission”:

“The Commission strives to express the will of the people by conducting free, fair, and honest elections. We were formed to supervise electoral proceedings and guard against electoral fraud. Learn more about our history and the people behind it…Before 1968, the Minister of Local Government was responsible for the conduct of elections in the country. There were a lot of complaints of lack of transparency and fairness in the conduct of electoral process, which resulted in the setting up of a Committee of inquiry into Local Government and Electoral Reforms after the 1966 military take over…It was in 1968 that the Interim Electoral Commission was set up as an independent body responsible for registration of Voters and the conduct and supervision of elections…This was a result of recommendations made by the Siriboe Committee of Enquiry into Local Government and Electoral Reforms in 1968…Mr Justice V.C.R.A.C. Crabbe was appointed the Interim Commissioner in 1968 and under his supervision; the Commission conducted the 1969 elections. Then after, the Commission was made a permanent institution in 1971. Mr Justice Crabbe went back to the Bench and Mr G.A.K. Bonsu, who was then the Secretary to the Commission, was made the Electoral Commissioner in 1971.”

If we may borrow from that pithy and sad account of EC “history” that hides “history”, Jean Mensa’s conduct of the 2020 elections lacked “fairness” or “transparency”.

And it is clear Jean Mensa cannot produce or manage a website worthy of the important mission charged to the Electoral Commission, even using tax payer funds.

But, Jean Mensa seems to have other uses for public funds. (That, we will cover in Part 3 of our series, in our own time).

To our mission, the last time, we commented on the finding of “…unnecessary detour that…derailed the integrity of election 2020…” by Dr. Wereko-Brobby (2020).

Add reports, now fully validated, that voters in a Region or two were completely disenfranchised, and were otherwise physically prevented by Jean Mensa from voting for a Member of Parliament (MP) of their choosing in any constituency during the 2020 elections.

On that important matter, just last week, Deputy Attorney-General Godfred Yeboah Dame argued before the Ghana Supreme Court that voters in the Santrokofi Akpafu, Likpe, and Lolobi, (SALL) areas ought to have voted for their preferred MP. To the point, in clear language, Lawyer Dame told that court that the Electoral Commission under Ms. Jean Mensa erred by not allowing the people of SALL to vote.

The last we checked, we did not find that Jean Mensa had apologize to the people she prevented from voting for MP even just as she herself must have done to her heart’s delight, nor have we seen Jean Mensa propose a method and schedule of compensation for aggrieved citizens and voters, the injured.

For judges who continue to wear foolish horse hair wigs borrowed from Ghana’s colonial masters, it was rich on the part of those at the Supreme Court to simply sit in that room and pass on to the next subject, injury and voters’ rights be damned!

The last we looked, Jean Mensa had not apologized to the People of Ghana.

Clearly, the damage caused by Jean Mensah is not limited merely to the voters, but also, to all households and communities from which the voters come from.

Can Jean Mensa tell Ghanaians exactly how many people she trampled on while she deployed executive fiat that is miles-and-miles away from that same “Transparency, Fairness, and Integrity”, the same values Jean Mensa and EC staffers parade around as their motto and mantra?

In conclusion, by her actions in recent months, Jean Mensa has totally disqualified herself from further leading the Electoral Commission of Ghana into any other election in Ghana, and management of the administration of that same public agency.

Every Ghanaian and Ghana supporter ought to be outraged.

The immediate and forced departure of Ms. Mensa from the Ghana EC still would be a pithy but crucial step if Ghana is to begin re-positioning the Electoral Commission as an objective, credible, non-partisan public agency for the administration of elections.

To the point, Ms. Jean Mensa failed directly at accomplishing the mission she was charged with consistent with the Constitution and her responsibilities for objectivity and non-partisanship. When it counted, for reasons mostly known to herself alone, Jean Mensa could not “(M)anage the conduct of…public elections…”, when she had her chance.

That was Job One!

There is no integrity there!

Jean Adukwei Mensa is too much

So give it to them

Give it to them fili-fili

So it goes, Ghana!