"Stop embarrassing all of us" - Sampson Lardi Anyinenyi 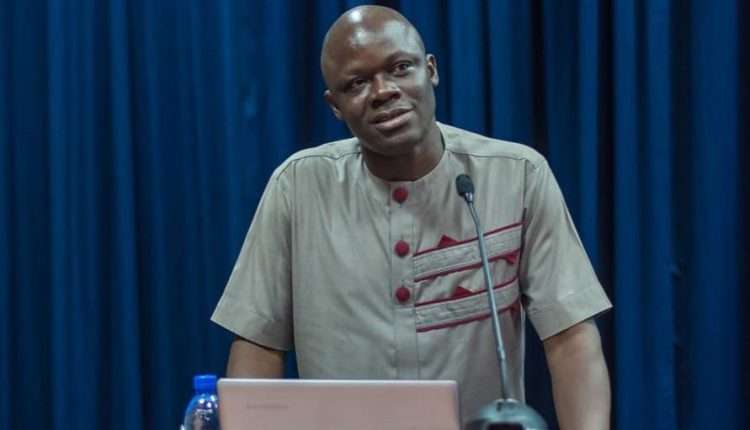 Greater Accra cautions persons selling Government Lands and threatened that the Regional Security Council will deal with them.

This comes in the wake of government claiming to have difficulty in securing Lands in Accra for its Agenda 111 Hospitals.

Strangely, the La General Hospital Land which is not unavailable for the Agenda 111 Hospital has been abandoned after demolition despite public uproar.

Will the Regional Security Council truly deal with those stealing that State|Stool Lands as warned by the Regional Minister?

The La Stool and the La Mantse never sanctioned that fraudulent Asoma-Cheremeh deal.

When Samuel Abu Jinapor was appointed to replace Kwaku Asoma-Cheremeh as Minister of Lands; he said he would not continue what his predecessor had started unless he was convinced it was grounded in FACT and the LAW.

It is therefore very embarrassing that the purported REPORT ON THE CANTONMENTS CIVIL AVIATION LAND which was allegedly commissioned by his successor Lands Minister, Samuel Abu Jinapor has still not been made public.

The embarrassing Ghana Police Service investigation into the identity of the thieves Stealing the Cantonments Civil Aviation Land could not name the persons except to state that the First Lady Rebecca Akufo-Addo was last part of the faceless persons stealing that State Land.

WHO ARE THE FACELESS DEVELOPERS STEALING THE STATE LAND ORIGINALLY ACQUIRED FOR THE CIVIL AVIATION AUTHORITY?

Was the Ghana Police Service too embarrassed to name them?

Recall how the Lands Minister, Samuel Abu Jinapor lamented on national television that “the people who are revered in our society go round on weekends looking for State Lands and Bungalows with little or no activity then come to his office to pressure him to allocate these prime lands to them…”

Was Samuel Abu Jinapor too embarrassed to name them?

WHO ARE THESE PEOPLE STEALING OUR PRIME STATE LANDS?

Ghanaians are demanding to know the THIEVES.

OccupyGhana is aware that the State Lands recently returned through E.I. 432 by President Akufo-Addo TO THE ASANTEHENE IN TRUST FOR THE SUBJECTS OF THE GOLDEN STOOL which included Lands occupied by the Military, were acquired before the 1992 Constitution of Ghana…

Similarly,  reference to the Petition to President Akufo Addo which was signed by the late La Mantse, Nii Kpobi Tettey TsuruII, La Lands including those occupied by the Military must be returned to the LA MANTSE IN TRUST FOR THE SUBJECTS OF THE LA STOOL when the next La Mantse in enstooled.

God Save Our HOMELAND and save our STATE LANDS and STOOL LANDS from THIEVES.