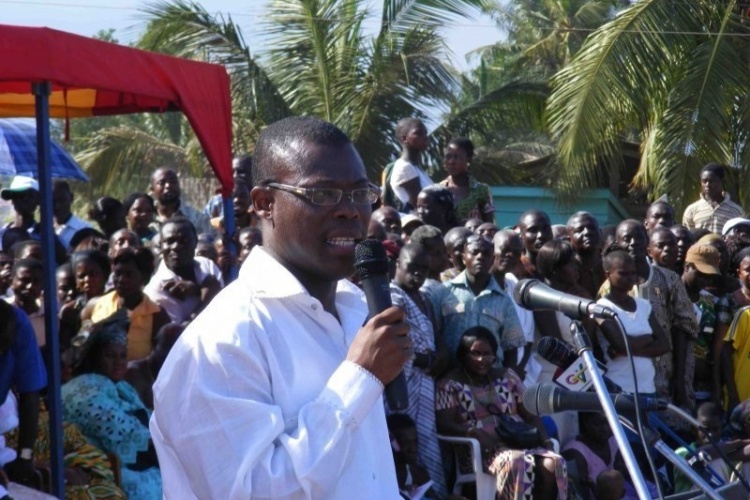 Member of Parliament for Ho West constituency in the Volta Region has called on the President Nana Akufo-Addo to withdraw troops deployed to our border communities ahead of the Electoral Commission’s voter registration exercise.

The NDC MP was speaking at the National Democratic Congress’ weekly press briefing in Aflao.
Many Ghanaians have raised concern over the intimidatory manner and action being massaged on the citizenry by the New Patriotic Party government; relying on the military and other security agencies.

Fiifi Fiavi Kwetey, MP for Ketu South told the history of the ewe people of Ghana and how they inter relate with people from Togo and co.

Meanwhile, the Aflao traditional council has issued a press release asking for the stop to military brutalities in his communities and other parts of the Volta Region.

“The Aflao Traditional Council, together with all the security agencies within Ketu South Municipality supported the Government in its implementation of the protocols to prevent the spread of Covid-19 and the records are there to prove that the MUSEC is on top of security in the municipality” part of the release read.

It continued that, “However, it should be noted that silence in the face of brutality being dished out to innocent citizens around the municipality only goes to embolden the aggressor. These sorts of abuse of power clearly goes to show that the detachment of security personnel operating in and around Aflao lack knowledge in civic duties in addition to their military training. Law abiding citizens’ have certain inalienable rights that the Constitution protects” it again said.