Dr. Seth Tetteh-Ocloo had given the best of his life to working with the Deaf of Ghana, he now has his own four young children; Dickson Daitey, Shirley Daikie, Seth Jr and Jonelle Daikuor, whom he loved dearly. He needed to think of them and provide for their education and preparation for life.

One distinguished Ghanaian who has contributed massively to the development of the deaf community and deaf education in Ghana is the Founder of the Tetteh-Ocloo State School for the Deaf – Dr. Seth Lawrence Tetteh-Ocloo, Sr. He was born on April 19, 1932 in Sokpe in the Volta Region of Ghana, to the late Griffith Blemadzi Ocloo and Rosina Tsornyake Akafoh of blessed memory. His father was from the Korgbor Clan of the Ada traditional area; and his mother was from the Alorlor clan of the Sokpe traditional area.

Dr. Seth-Ocloo lost the father in 1942 when young Seth was only 10. The father taught him reading, writing the Ewe language and some arithmetic at home before his demise. His mother, Rosina sent Seth and his younger brother Gershon, to school for the first time at Tefle Presbyterian Primary School. He however attended several other Presbyterian and Methodist Elementary schools in Sokpoe, Tema, Mepe, Teshie and Nkawkaw. He finished Standard 4 at Nkawkaw Methodist Middle School in 1951.

Dr. Tetteh Ocloo had admission into the Government Secondary Technical School in Takoradi where he planned to study science towards a future career in engineering. It was in the first week of August 1952, that Seth contracted Spinal Meningitis and fell unconscious. He regained consciousness three days later, but shocking found he had lost his hearing completely and his ability to stand, much less walk. All who came to see him thought it was a temporary illness and that he would regain his sense of hearing in a few days.

But days, turned weeks, then months and years. Seth remained deaf. Although he later learned to stand and walk again, his hearing loss has remained permanent. Nobody knew what sickness had afflicted him until the  mystery of  the hearing loss was finally explained two years later when he saw an Ear, Nose and Throat specialist, Dr JB David at the Korle Bu Teaching Hospital.

After examining Seth and listening to how he lost his hearing, Dr. JB David told Seth and his mother that the young man had suffered Spinal Meningitis which caused him to lose his hearing. Dr. David also advised them to stop visiting herbalists and charlatans in efforts to help Seth regain his hearing. Seth wrote to the then head of state, Dr. Kwame Nkrumah, asking for help in his efforts to regain his hearing or at least help him buy a hearing aid. Kwame Nkrumah’s office referred Seth to the Department of Social Welfare for help.

Dr. Seth Tetteh-Ocloo’s story took a new dimension in the last week of July 1957, when the Social Welfare Department sent word to Seth to come and meet an American who had come to Ghana to explore the possibility of starting a school for deaf children. When Seth finally met this man, the Rev. Andrew Foster (an African-American missionary), he was astonished at the man he saw, particularly since Seth was not aware that deaf people even went to school, Seth found that Andrew Foster was not only deaf, but also an ordained Christian Minister.

Andrew Foster invited Seth to join him in establishing the first school for the deaf in Ghana in August 1957. Rev. Foster told Seth of his own misfortune when at the age of eleven, Spinal Meningitis left him both deaf and unable to walk, the same way it had afflicted Seth. He also told Seth about how he had completed his high school education by correspondence from American School – Chicago and then Enrolled at Gallaudet College in Washington DC. Rev. Foster founded his own Mission: the Christian Mission for Deaf Africans in Detroit, Michigan and then flew to Africa to work among the African Deaf. His first stop in Africa was Liberia, but did not find conditions there favorable, so he came to Ghana, where he met Seth.

The two men, Seth and Andrew Foster were to have a life-long working relationship. Together, Seth and Rev. Andrew Foster recruited and hired the first three Ghanaian teachers to teach students at the School for the Deaf in Mampong.

Among those first three teachers that they recruited was a young lady called Elizabeth “Liz” Lutterodt. Seth would court and finally got married to her and have become partners in life and in service to the deaf community of Ghana for over 50 years.

Following the example of his mentor, Rev. Andrew Foster, he enrolled at the American School in Chicago and studied by correspondence for three years and earned a High School Diploma. He graduated thereafter with a degree in Psychology from Gallaudet College, and a Master’s Degree in Deaf in Education from the same University in 1965. He made history as the first deaf African to receive Graduate and Masters Degrees. This groundbreaking accomplishment made headlines in both Ghana and the United State of America. President Lyndon Baines Johnson and Ghana’s Ambassador to the US attended Seth’s graduation and personally handed his Master’s Degree to him crowning his extraordinary efforts and achievement.

Kingpin in ‘School Placement for Sale’ used to work at… 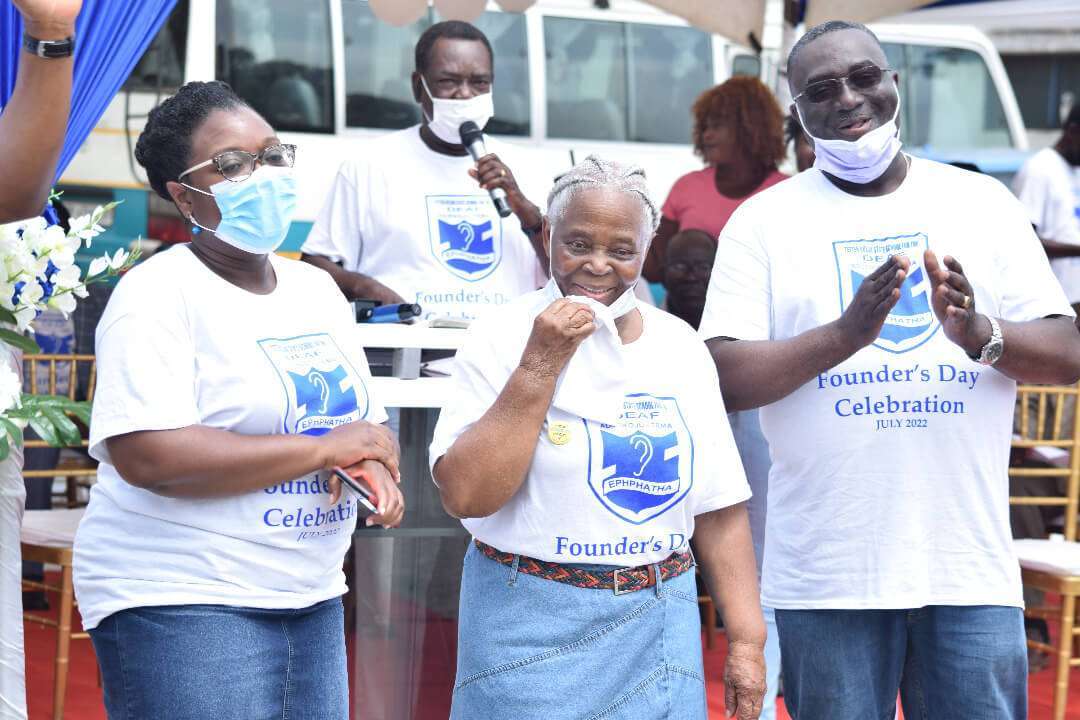 It is important to note that, his wife Mrs. Elizabeth Tetteh-Ocloo – a trained and dedicated teacher of the deaf was selected by the Ghana Education Service (GES) as the First Head teacher of the school.

Seth Tetteh-Ocloo continued his work as the Rehabilitation Officer at the Department of Social Welfare and also founded the Ghana National Association of the Deaf (GNAD). As part of Self-fulfillment and setting an example for the younger deaf Ghanaians, he furthered his education and earned his PHD in the spring of 1973 from the Illinois University in Carbondale.

Dr. Seth Tetteh-Ocloo had given the best of his life to working with the Deaf of Ghana, he now has his own four young children; Dickson Daitey, Shirley Daikie, Seth Jr and Jonelle Daikuor, whom he loved dearly. He needed to think of them and provide for their education and preparation for life.

He decided he would apply for a work visa to come back to the United States to work while giving his children a wholesome education. J. Marshall, who was then the Administrator of a program for high school age children at the Whitney Young Jr. High School in Chicago, Illinois. Dr. Marshall helped Seth file papers for an employment-based green card. Then Seth went back to Ghana. In the Spring of 1977, Seth was informed that his application to immigrate to the United States had been approved. He arrived in Chicago in the fall of 1977 and worked as a teacher at the Whitney Young High School.

In the spring of 1979, Dr. Harvey gay Carson another classmate from Gallaudet invited Dr. Tetteh-Ocloo to the Louisiana School for the Deaf in Baton Rouge, Louisiana to work as an Assistant Principal for the Elementary Branch of the School. Dr. Tetteh-Ocloo went to Baton Rouge in the spring of 1979 and in December of the same year, he brought his wife Elizabeth and their three young children Shirley Daikie, Seth Jr. and Jonelle Daikuor to join them. His eldest son, Dickson Daitey, joined them three years later since he was completing secondary school to prepare him to enter university in the United States. For twelve years, Dr. Ocloo held various positions as Principal, Supervisor and Director of the Statewide Assessment Center for the Hearing Impaired at the Louisiana School for the Deaf. 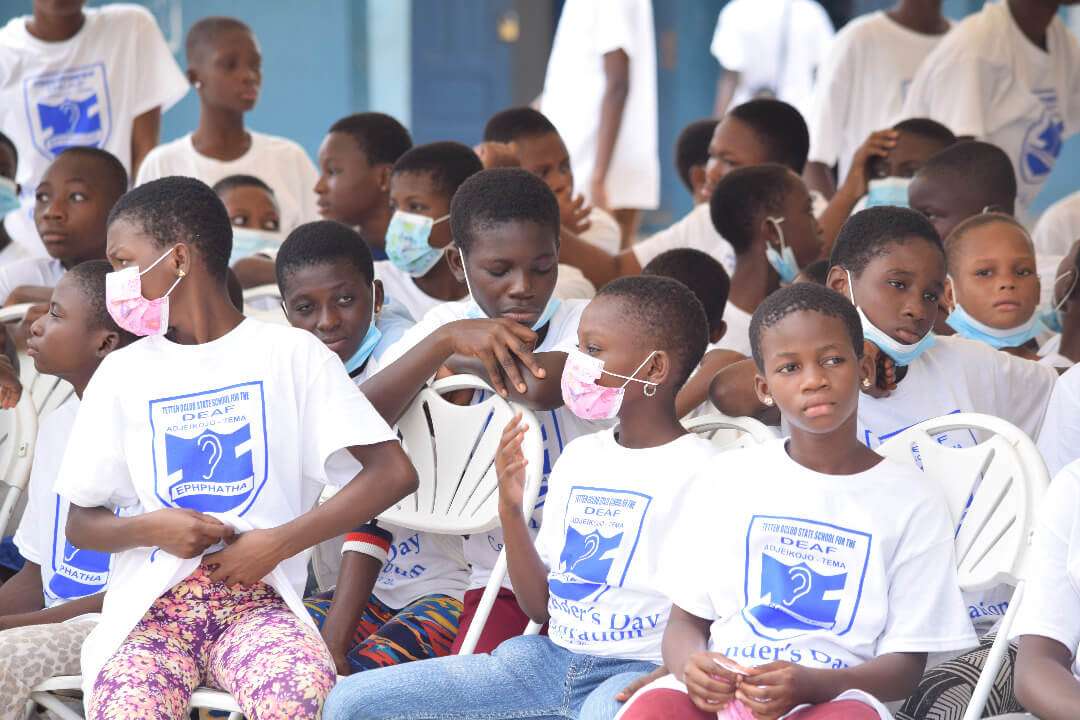 Retired Dr. Ocloo and his wife of 56 years, Liz, live quietly among some of their Children, Grandchildren, and Nephews and Nieces in Gastonia, North Carolina. Seth has led an exemplary life indeed. He has supported many family members (including numerous nieces and nephews) to further their education by mentoring them and by contributing financially to their schooling. Through his work and life, he has helped deaf people to get an education, find jobs, and establish their lives here in Ghana and abroad. 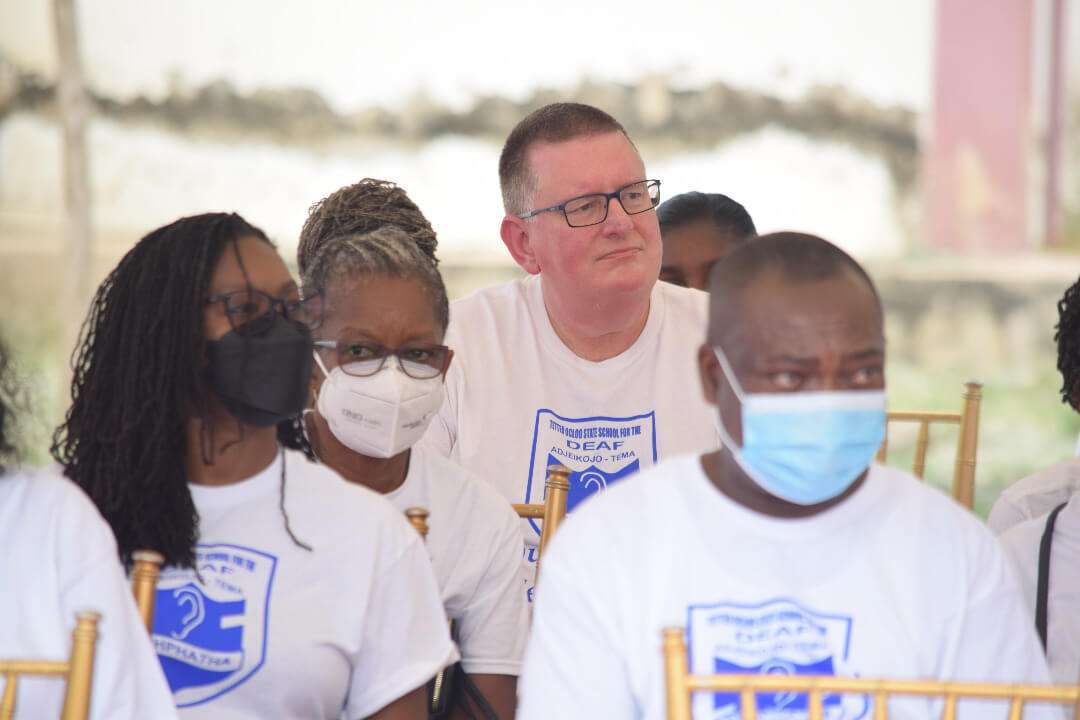 He has served as an inspiration to the deaf community in Ghana and Abroad.