“We will make a final investment decision next year,” NNPC chief executive Mele Kyari said in an interview in Abuja, Nigeria’s capital. Funding discussions are ongoing, he said, without disclosing institutions interested in backing the 5,600-kilometre (3,840-mile) pipeline that would deliver gas to 11 countries along the African coast en route to Morocco, before connecting to Spain or Italy. 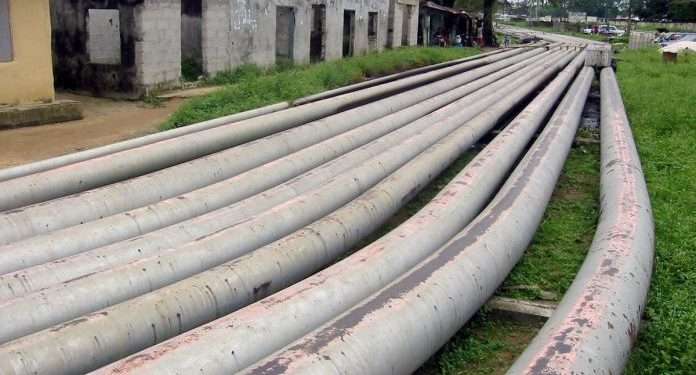 An investment decision on a $25 billion gas pipeline from Nigeria to Morocco that could supply fuel to Europe will be made next year, the head of Morocco’s state oil company has said.

The Nigerian National Petroleum Co. and Morocco’s National Office of Hydrocarbons and Mines signed a memorandum of understanding last month that brings the long-running project closer to reality. The conduit is one of two such initiatives that the NNPC is promoting in an effort to capitalize on European demand for new sources of gas following Russia’s invasion of Ukraine.

“We will make a final investment decision next year,” NNPC chief executive Mele Kyari said in an interview in Abuja, Nigeria’s capital. Funding discussions are ongoing, he said, without disclosing institutions interested in backing the 5,600-kilometre (3,840-mile) pipeline that would deliver gas to 11 countries along the African coast en route to Morocco, before connecting to Spain or Italy.

The Economic Community of West African States, made up of 15 nations, is also a signatory to the MoU.

The project will cost between $20 billion and $25 billion to build and will be built in phases, according to Kyari, who predicts the first segment would take three years and the others five years. Following a previous deal in 2018, Morocco’s state agency MAP said the pipeline could take up to 25 years to complete. Gas exports from Nigeria are currently limited to shipments from Nigeria LNG Ltd., a joint venture between NNPC and international energy companies such as Shell Plc and Eni SpA.

Nigeria has the largest proven gas reserves in Africa, at around 200 trillion cubic feet, most of which are untapped, flared or re-injected into oil wells. The government says it wants to monetize more of this resource, for domestic use and export, to replace crude as the country’s key commodity. Quadrupling gas production over the next four years is “completely achievable”, according to Kyari.

The NNPC has also revived a long-running proposal for a separate transcontinental gas pipeline that would run about 4,400 kilometers through the Sahara Desert to Algeria for onward transport to Europe.

“We saw the opportunity to bring back every gas pipeline project you can think of,” Kyari said. “It’s a question of who needs it and who is willing to pay for it.”

A more immediate concern for Nigeria is its oil production, which has been declining steadily since 2020 and hit a multi-decade low of less than 1.2 million barrels per day in August. Kyari and the government attribute massive levels of theft and vandalism to the pipelines that criss-cross the Niger Delta.

While the OPEC+ alliance agreed on Oct. 5 to cut global daily production by 2 million barrels, Nigeria is trying to reverse its slump and boost production up to its quota allowed by the cartel. The country can add another 500,000 barrels a day before the end of November by reopening the Shell-operated Trans-Niger Pipeline and Forcados terminal and introducing new escape routes, Kyari said.

The NNPC hired new private security contractors in August to protect the pipelines, some of whom are linked to militant leaders who once waged war on oil companies before accepting a government amnesty in 2009.

Recently transformed into a fully commercial enterprise, NNPC is considering expansion in several areas. Kyari said he was “building the biggest upstream business in the country and potentially in Africa,” although he declined to comment on the company’s efforts to acquire permits that Exxon Mobil Corp. agreed to sell to Seplat Energy Plc.

NNPC has already added 380 service stations to its fuel retail business through the purchase of Lagos-based OVH Energy Marketing Ltd., which was announced this month. The company is also looking to increase its presence in the electricity sector, both by building new gas-fired power plants and buying facilities put up for sale by Nigeria’s privatization agency, Kyari said.

The company will be “IPO ready” next year, according to Kyari. It will be up to the government, however, to decide if and when to list the shares, he said.