The two lawmakers are said to be well as reports suggest they escaped unhurt. 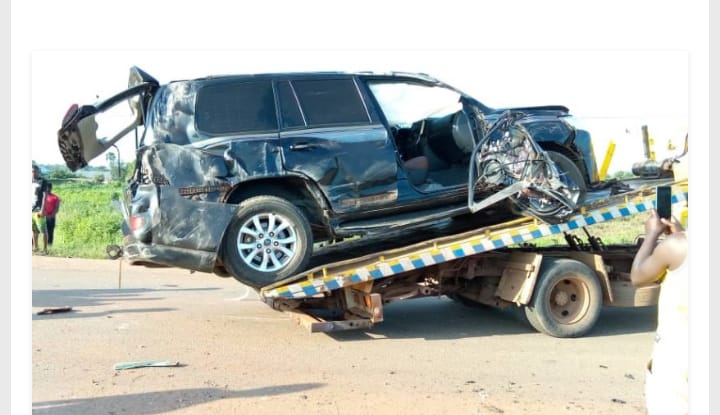 Two Ghanaian lawmakers got involved in separate accidents in the Volta and Bono Regions Saturday, according to local media.

The New Patriotic Party (NPP) MP for Sunyani West who doubles as Employment and Labour Relations Minister, Mr Ignatius Baffour-Awuah and opposition MP for South Dayi, Rockson Nelson Dafeamakpor, were both returning from separate funerals when the incidents occurred, reports the Daily Graphic.

Mr Baffour-Awuah is reported to have been returning from a funeral at Odumase and headed towards Nsoatre, while Mr Dafeamakpor and some other colleague MPs were returning from the funeral of father of MP for North Tongu, Samuel Okudzeto Ablakwa when the accident occurred at Aveyime in the Volta Region.

Images widely shared online show the mangled vehicle of Mr Dafeamakpor which was said to have somersaulted twice during the crash. That of the Employment and Labour Relations Minister was being towed from the accident scene.

The two lawmakers are said to be well as reports suggest they escaped unhurt.

It still remains unclear what caused both accidents.