...Must RESIGN, if the corrupt BRIBE-GIVING BUSINESSMAN remains anonymous. 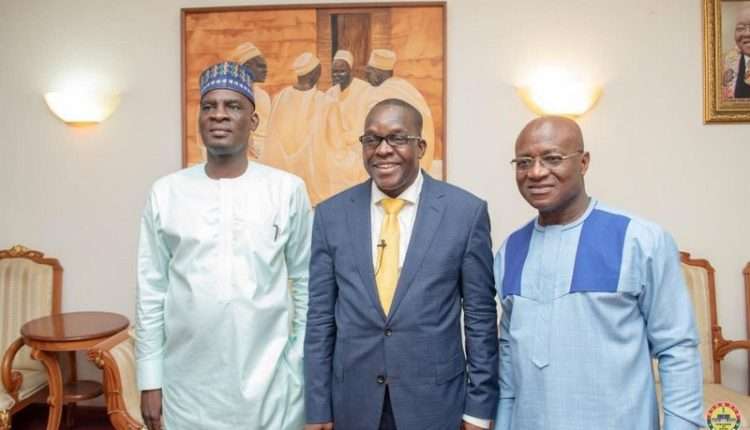 Ghanaians must no longer allow the comedy to continue especially after KT Hammond’s crude conduct at the Ken Ofori-Atta Censure Committee Hearing.

The presence of the Chief of Staff and several Cabinet Ministers in solidarity with Ken Ofori-Atta should have restrained KT Hammond from going into overdrive in his mission to prevent MPs asking the hard questions and even suggesting that he had struck out some of the allegations against Ken Ofori-Atta for which reason he was appearing before the Parliament Censure Committee.

The television cameras captured the KT Hammond circus at the Censure Committee hearing, leaving many Ghanaians asking what was his motivation?

Ghanaians are demanding for the immediate naming of the corrupt Bribe-Giving Businessman who attempted to influence the NPP MPs to rescind their decision to have the Finance Minister sacked.

The behaviour of the NPP MPs is having many wondering if they have not already been influenced, as their stance keeps changing…

The Majority Leader promised an investigation into the bribery of his colleague NPP MPs, it is long overdue for Osei Kyei-Mensa-Bonsu to name the CRIMINAL Bribe-Giving Businessman if he has not also been influenced to drop that investigation.

The IGP and other Security Chiefs cannot pretend they do not know the identity of the CRIMINAL BRIBE-GIVING BUSINESSMAN and have not briefed the President and Acting President Bawumia during the regular National Security Council briefings.

Vice President who is currently acting as President in the absence of the President, must show keen interest in exposing the BRIBE-GIVING BUSINESSMAN with the same speed he acted when Charles Adu Boahen accused him of being a bribe-guzzling Government official in the Anas-Ahmed Suale “Galamsey Economy” video exposé.

President Akufo-Addo as chairman of the National Security Council must sack the Security Chiefs if the are unable or unwitting to name the BRIBE-GIVING BUSINESSMAN when he returns to Ghana.

Ghanaians must begin actions in the various Constituencies to recall and remove their Members of Parliament who are believed to have been influenced to rescind their decision to have the Finance Minister sacked.

The Constitution makes provision for the People to recall their Members of Parliament before the normal expiration of the Member’s term in office;

“Recall Election” where electorate at the constituency level constituents can organize the majority of the voting population to form a quorum against the MP and petition the Speaker of Parliament.

When that happens, the speaker has no option than to consider the merit of the issues raised against the MP in the petition and declare the seat vacant and call for a by-election.

This should be the fate of Members of Parliament taking the People of Ghana for a ride, under the false assumption that after election, they have a free pass for four years and owe the constituents they purport to represent nothing…

Civil Disobedience born out of the excruciating suffering Ghanaians are facing may erupt into a full blown UPRISING, if the legal and constitutional remedies are not fully exploited to put the system back on track.

Citizens Arrest may occur if the Bribe-Giving Businessman is not named, arrested and prosecuted by the State.

The Speaker of Parliament must take a keen interest in the CRIMINAL BRIBE-GIVING BUSINESSMAN alleged Bribery of 95 NPP MPs, if Bribery an Corruption is to be fought and not condoned by Parliament as an institution.

Akufo-Addo is back in Ghana: Holds rally with Chiefs and People of Akyem Abuakwa