Dr. Opoku-Mensa who is also being paid double as a Presidential Staffer together with others working on the Cathedral Project by the Office of the President, said on Joy FM Newsfile that their long silence was to avoid contradicting government. 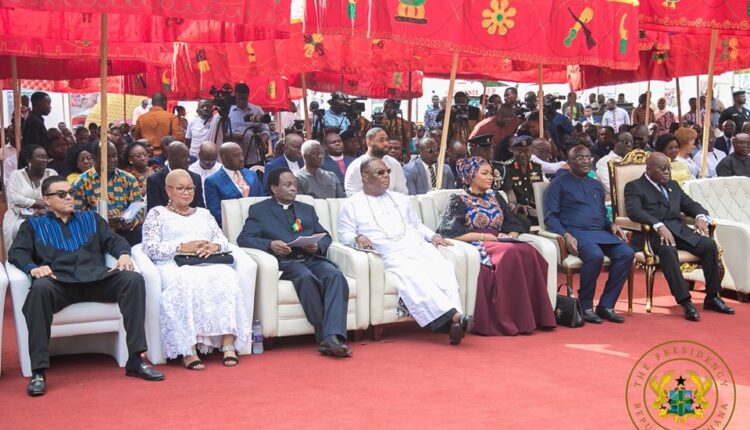 The Executive Director of the Cathedral Secretariat, Dr. Paul Opoku-Mensah has confirmed that they were quiet so they do not contradict the Lies of Government.

Dr. Opoku-Mensa who is also being paid double as a Presidential Staffer together with others working on the Cathedral Project by the Office of the President, said on Joy FM Newsfile that their long silence was to avoid contradicting government.

The truth is only one, so why not speak the truth about the Cathedral now?

The Cathedral Secretariat held frantic meetings with several Trustees to keep them from going public.

The Presidency and the Secretariat are forcing the Trustees to keep quiet till 4th July, 2022 while they try to tally figures, tidy Lies and cook the books of the Cathedral of Lies.

Ghanaians on the other hand, want answers now as the attempted cover-up of the Cathedral scandal keeps churning out more revelations of malfeasance, corruption, possible Money Laundering using the Cathedral as a conduit as over GHc200million of the taxpayers money allegedly paid by the President’s office in respect of the Cathedral remains unaccounted for;

Cathedral contractors have not been paid and compensation of owners of demolished buildings also remain unpaid leading to layoff of workers, the contractor abandoning site and looming judgment debt cases.

In all this, Ghana has been plunged into a further debt hole deeper than that at the Cathedral site and the Cantonments Civil Aviation site put together.

The ever increasing rate of inflation, soaring fuel, food prices amid hardship confronting Ghanaians, the school feeding programme and every aspect of the society notwithstanding, President Akufo-Addo still considers the Cathedral Project as his Priority of Priorities.

BUT THINGS ARE ABOUT TO CHANGE AS PEOPLE’S POWER BEGINS…

On 28th and 29th June, 2022 Ghanaians will embark on a demonstration to the President’s office, the Finance Minister’s office, the Cathedral Secretariat and Parliament to register their disgust and send a clear signal that they will no longer tolerate what is going on.

Among the key issues for the demonstration is the issue of LANDGRAB by government and connected persons.

The Cathedral Project was started by illegally annexing State Lands for the President’s private project promised to his god.

The Land was not properly acquired and despite a court injunction and Substantive Court Case the Secretariat bulldozed several buildings including private, diplomatic and State buildings Judges residences with the support of then Chief Justice Sophia Akuffo.

Trees were destroyed on the land earmarked by President Akufo-Addo for his Cathedral and a big excavation dug; the big hole in the ground has since swallowed over GHc200million of taxpayers money without Parliamentary approval.

There is no Executive Instrument for the acquisition of the Prime Ridge Land for President Akufo-Addo’s Cathedral Project.

The President, the Cathedral Secretariat and the Board of Trustees must on 4th July, 2022 make public the Executive Instrument and all documentation including the Title Certificate on the Cathedral Land.

Recall that the La Trade Fair Redevelopment Project land that President Akufo-Addo recently signed with a Singaporean Company, Stellar Holding, and Government had carved out 75acres of the 140-acre prime La Stool Lands to unknown persons…

Similarly, the Cantonments Civil Aviation Land has been shared between government and unknown persons who are busily building on the land after demolishing State Bungalows while the Lands Minister, Samuel Abu Jinapor and the Lands Commission look on sheepishly.

It is believed that the Cathedral Project, Agenda 111 and the Marine Drive Project awarded to the same Gay-LGBTQI advocate David Adjaye are to suffer a similar fate of the Lands being stolen by cronies of the government…

It is suspected that parts of the monies illegally upfront to David Adjaye in the Cathedral, Trade Fair Redevelopment Project, Marine Drive and Agenda 111 were shared with those who awarded him the contract and was to be used to develop private properties on portions of the land in the PDS style. 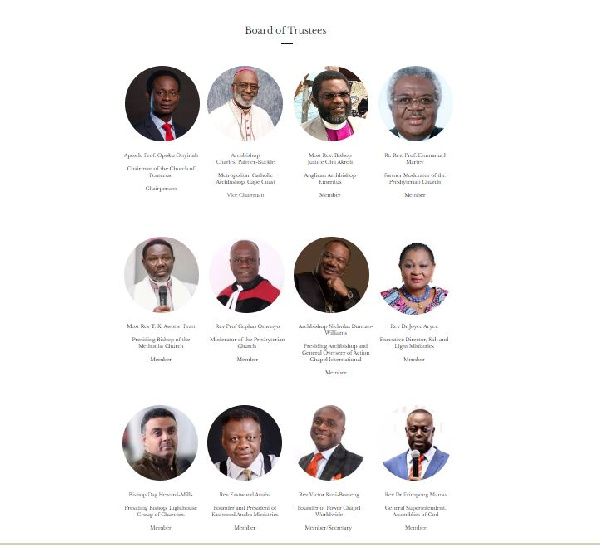 David Adjaye requires a special investigation as he could be the key to a much bigger State Capture Scandal.

The Special Prosecutor must invite David Adjaye, freeze his Bank Account as was done in the case of the PPA BOSS, Agyenim-Boateng Adjei who coincidentally was the one who approved the Cathedral Project…

Parliament must institute a Special Probe into the activities and business of David Adjaye in State Projects and how State Lands, State Funds have been funneled through him.by President Akufo-Addo even when he was not registered in Ghana.

Parliament and the Judiciary must treat all David Adjaye Projects prior to his 2022 induction that made his transactions in Ghana thereafter legal, since it is not retrospective, the previous transactions must be declared illegal;

Like was done with Alfred Woyome, David Adjaye must be made to refund all the monies paid to him by the State.

The fears by most Ghanaians that the Cathedral was scheduled to become an event centre for Gay Marriage ceremonies is further fueled by the David Adjaye Gay-LGBTQI advocacy and the inability of the Cathedral Secretariat to confirm contribution of the LGBTQI Community in the Cathedral Fundraising.

A complete breakdown of the Cathedral Fundraising and Funding is an imperative.

God Save Our Homeland Ghana and help us protect the Public Purse from plundering and stealing in the name of God.

THE MEN AND WOMEN OF GOD WHO ARE STILL TRUSTEES OF THE CATHEDRAL MUST SPEAK NOW OR FOREVER HOLD THEIR PEACE.

Adjorkor’s Blood on Akufo-Addo’s Hands: Yet another Kpletso Victim is Dead