The court earlier admitted the first accused persons – Ahmed Ansah – to a bail in the sum of GH₵6 million with three gainfully employed sureties, of which one should be justified with titled deeds. 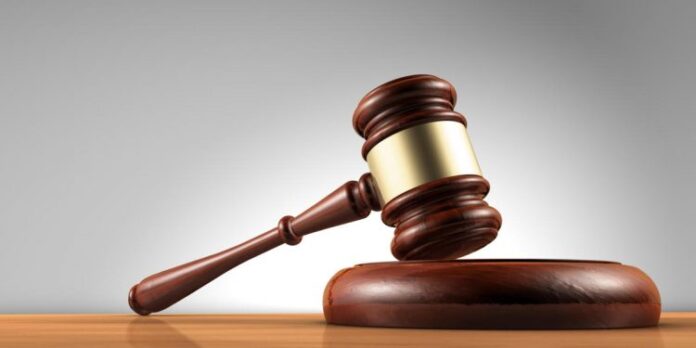 The four persons who allegedly attempted to withdraw money in excess of two million Ghana Cedis from an indigenous bank customers savings accounts, have written to court to review their bail conditions.

The court earlier admitted the first accused persons – Ahmed Ansah – to a bail in the sum of GH₵6 million with three gainfully employed sureties, of which one should be justified with titled deeds.

The rest of the suspects -Nicholas Gyekye, Stephen Arthur and David Kodzi -were each slapped with a bail condition of GH₵5 million, with three gainfully employed sureties, one should be justified with titled deeds.

The circuit court ‘7’, presided over by Ellen Ofei-Ayeh, yesterday reviewed their bail conditions to GH₵4.5 million with three gainfully employed sureties and that one should be justified with titled deeds each.

The court has adjourned the case to May 17, 2022 for continuation.

The court, on April 13, 2022 was told that the complainant in the case is the Economic and Organised Crime Office (EOCO).

In the facts presented to the court by the prosecuting officer, Leo Anthony Siamah, on January 24, 2022 EOCO received intelligence from a staff of Bank that some persons were allegedly asking him to assist them with bank details of some customers to perpetrate fraud.

Mr Siamah said a staff of the bank, David Asante, was instructed by the bank’s management to liaise with the guys to understand what they want and intend to do.

He said Nicholas Gyekye was contacted by Arthur to assist him get a staff from the bank who can provide bank account details in order to withdraw funds from the account.

The prosecutor informed the court that on January 25, 2022, Dominic Asante was contacted by Gyekye on WhatsApp and also called him on phone.

According to the prosecutor, Gyekye told Dominic Asante to get him phone numbers and bank account details of customers with huge monies, adding that in order for Arthur and Gyekye to achieve their agenda, they met with Dominic at the Achimota Mall on March 17, 2022 to discuss the modus operandi.

Mr Siamah told the court that Gyekye, during the discussion allegedly informed the rest that he has contact persons within MTN, who can assist to clone any phone number that Dominic Asante brings to him.

Gyekye is said to have communicated that this friend, by name Destiny, has a girlfriend who has been cloning SIMS for another syndicate involved in this same fraud scheme.

With this, Gyekye and Arthur agreed with Dominic Asante that the latter would provide three phone numbers with huge funds in their Bank account.

The prosecutor added that Ahmed Ansah gave the phone numbers to Daniel Kodzi to clone and they had the intent to steal from the Bank customers the following amounts;GHC850,000, GHC680,000 and GHC570,000 respectively from the unexpected victims.

The EOCO officer pointed out that on Thursday, March 31, 2022 Gyekye sent Dominic Asante a WhatsApp message that they have been able to clone the SIM cards through the help of Ahmed Ansah and Daniel Kodzi.

Arthur, Gyekyes and Dominic Asante agreed on April 2022 to setup a mobile application with the cloned SIM, with the aim to withdraw the customers bank account funds and while attempting to setup at the Achimota Mall, EOCO arrested the accused persons.

Mr Siamah urged the court to remand the accused persons into police custody, to enable EOCO to complete its investigations.

GOT A STORY? Share with us. Email: [email protected] or [email protected] WhatsApp: +233(0)244822034
bail conditionscourtEOCOfraudstersLeo Anthony SiamahReviews
0
Share FacebookTwitterWhatsAppTelegram
Subscribe to our newsletter
Sign up here to get the latest news delivered directly to your inbox.
You can unsubscribe at any time