DACF: Finance Ministry defaults to the tune of GHc3.8 billion

The issue of the non-compliance, came last Friday during the motion for censure hearing in Parliament when the Dr. Dominic Ayine, sought to know from the Finance Ministry why he is unable to meet the constitutional obligation despite the Supreme Court ruling saying the District Assemblies are by law entitled to 5% of total government revenue. 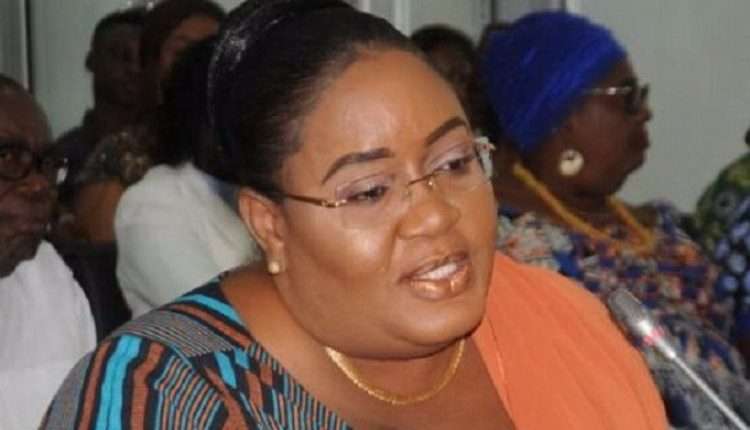 The Herald, has picked reports about the government’s non-compliance with the disbursement of the District Assemblies Common Fund (DACF), leaving it with arrears running into GHc3.8 billion.

The non-payment of the DACF, even in the face of a 2019 Supreme Court directive to the Finance Ministry in a case filed by Benjamin Kpodo and Richard Quashigah against the Attorney-General, came up at Parliament’s ad hoc committee hearing, last Friday with Ken Ofori-Atta, admitting he has not been paying the money.

The assemblies use the money for the overall development of the districts. These, include the promotion of local economic development, basic education and public health, environmental protection and sanitation, and the improvement and management of human settlements, but the non-compliance of this statutory payment have left the assemblies in a difficult position.

This paper is reliably informed by some Members of Parliament (MP) that the Finance Ministry owes the DACF several quarters this year, as well as previous years. This, they argued, is unprecedented and must not be allowed to happen.

According to them, the admission by the Finance Minister that he is not complying with the statutory payment, amounts to gross disrespect of the Constitution and should be the reason for Ken Ofori-Atta’s removal from office.

“Constitutional matters are not discretionary. The Finance Minister does not decide whether or not to obey”, one MP argued.

He insisted that “Mr Ofori-Atta, must obey. Even if he can’t pay the total 5 percent at some times but pays later one can understand but not to pay 5 quarters is bad and he must be penalized for it”, adding “if he can’t comply with the constitutional provisions of payment of DACF, then he must resign”.

The issue of the non-compliance, came last Friday during the motion for censure hearing in Parliament when the Dr. Dominic Ayine, sought to know from the Finance Ministry why he is unable to meet the constitutional obligation despite the Supreme Court ruling saying the District Assemblies are by law entitled to 5% of total government revenue.

Interestingly, soon after the question, the MP for Adansi Asuakwa, Kobina Tahir Hammond, downplayed the significance of the matter enabling Mr. Ofori-Atta, to dodge the issue.

Mr Hammond had asked “Hon Minister, thank you very much. My Hon Colleagues say it is all right. Let us put on record: you have been a Finance Minister for about six years now. The constitutional provision has been in place since 1993. Do some recollection for us; you can or you cannot, but do your best. As far as you can recall, do you know any Minister for Finance who has been able to comply with the spirit and letter of this particular provision?

In June 2019, the Supreme Court declared as unconstitutional for the government to cap funds allocated to the DACF.

A seven-member panel of the court, in a unanimous decision, held that the allocation of funds to the DACF was a constitutional provision which did not provide for its capping.

According to the court, presided over by the then Chief Justice, Justice Sophia Akuffo, the inclusion of the funds allocated to the DACF as part of the statutory funds which were capped in adherence to the Earmarked Funds Capping and Realignment Act, 2017 (Act 947) violated Article 252 Clause 2 of the 1992 Constitution.

The court further held that Section 126 of the Local Governance Act, 2016 (Act 916), which also limited the proportion of revenue due for allocation to the DACF, also violated Article 252(2) of the 1992 Constitution.

Per the court’s decision, sections of Act 947 and Act 916 which gave the government the legal backing to cap the funds allocated to the DACF were unconstitutional and, therefore, null and void.

Article 252(2) of the 1992 Constitution stipulates that Parliament shall “make allocation of not less than five per cent of the revenues of Ghana to the district assemblies for development and the amount shall be paid into the District Assemblies Common Fund in quarterly instalments”.

The unanimous decision of the court was delivered by Justice Akuffo on June 12, 2019.

The legal challenge which gave rise to the Supreme Court’s judgment was initiated by two National Democratic Congress (NDC) Members of Parliament (MP), Mr Benjamin Komla Kpodo, the MP for Ho Central, and Mr Richard Quashigah, the MP for Keta.

The Attorney-General (A-G) was the defendant in the case.

Counsel for the plaintiffs was Dr Dominic A. Ayine, a former Deputy A-G, while Mr Godfred Yeboah Dame, a Deputy A-G, represented the state.

Assibey-Yeboah predicts disaster for the Ghanaian economy, if…