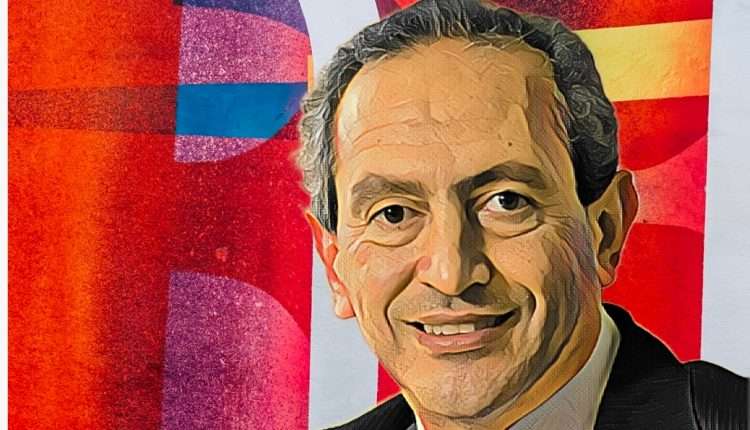 Egypt’s richest man Nassef Sawiris has built a diverse investment portfolio that includes stakes in valuable companies and sports franchises in addition to his $2.18-billion war chest, which accounts for more than one-quarter of his wealth.

According to data tracked by Billionaires.Africa, Nassef Sawiris, who has earned a reputation as a savvy businessman, is worth $7.34 billion. His fortune places him not only as the wealthiest man in Egypt but also as the richest man in North Africa and the Arab world.

The highly successful billionaire businessman, who was recently ousted from his position as the fourth-richest man in Africa by Nigerian cement tycoon Abdul Samad Rabiu, has amassed a significant portion of his wealth through his diverse portfolio of investments.

His diverse portfolio of investments includes substantial stakes in the internationally renowned sportswear giant, Adidas, as well as industrial assets in Europe and interests in various football clubs and sports companies.

These are his most valuable assets:

His stake in the nitrogen and methanol products producer is worth $2.44 billion.

Nassef Sawiris’ fortune is largely derived from his 38.8-percent stake in OCI N.V., a leading global producer and distributor of nitrogen and methanol products based in the Netherlands. OCI N.V. shares were valued at €32.66 ($35.37) at the time of writing, giving the leading methanol products producer a market capitalization of €6.9 billion ($7.47 billion).

Sawiris’ stake in the publicly traded company specializing in the production of natural gas-based fertilizers and methanol is presently valued in the market at $2.44 billion.

His stake in the sportswear company is worth $1.87 billion.

Since revealing in 2015 that he had acquired a 6 percent stake in Adidas AG, one of the world’s largest sportswear manufacturers, Sawiris’ stake in the sportswear behemoth has been his most valuable asset, until April 2022, when his investment in OCI N.V. returned impressive returns and surpassed stakes in Adidas.

His six-percent stake in Adidas, which makes him the largest individual shareholder in the Germany-based sports conglomerate, is presently valued at $1.87 billion.

His stake in the multinational manufacturer is worth $413 million.

Sawiris’ stake in Arkema S.A., a publicly traded multinational manufacturer whose products are used in a variety of industries such as construction, automotive, and electronics, is presently valued at $413 million, contributing significantly to his $7.34-billion net worth.

His stake in the New York-based sports company is worth $214 million.

Sawiris obtained a five-percent stake in the publicly traded company through his holding company, NS Holdco. His stake in the professional sports company based in New York is presently worth $214 million.

What you should know

Nassef Sawiris also has a $135-million stake in English club Aston Villa as a co-owner in addition to these investments. In 2018, he invested in the club alongside U.S. billionaire Wes Edens, and he helped the team gain promotion to the Premier League in 2019.