Speaking further at the event, he noted that as the country is currently grappling with a balance of trade deficit and depreciation of the currency, it is imperative that Ghana increases its exports to earn needed foreign exchange to stabilise the cedi; and thus the importance of Special Economic Zones (SEZ) championing an export-led strategy cannot be overemphasised. 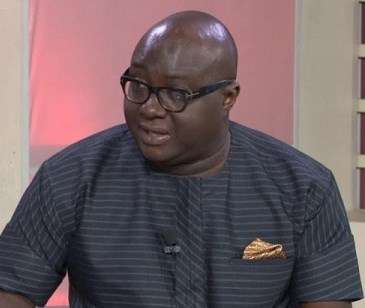 A total investment amount of $230m is expected to be injected into the Ghanaian economy by 39 newly licensed Free Zone companies.

Making the disclosure at the media launch of the Ghana Free Zones Authority’s 3rd Annual Investment Week themed “GFZA: Championing Export-Led Industrial Growth in the Context of AfCFTA and World Trade”, CEO of GFZA, Ambassador Michael Oquaye Jnr. noted the 39 companies have an estimated export earnings of $529m from an estimated production value of $436m.

“Since I took over as CEO, some 39 new companies have been licenced and they are expected to inject an estimated capital of $230million into the economy. In addition, the estimated export earnings from the 39 companies is $529million from an estimated production value of $436million. I am also happy to report that the cumulative exports from the Free Zones enterprise since the programme’s inception stood at $27billion as of 2020,” he quipped.

Speaking further at the event, he noted that as the country is currently grappling with a balance of trade deficit and depreciation of the currency, it is imperative that Ghana increases its exports to earn needed foreign exchange to stabilise the cedi; and thus the importance of Special Economic Zones (SEZ) championing an export-led strategy cannot be overemphasised.

“Export-led industrial growth is one of the most appropriate strategies to achieve economic development; this has been the mandate of the GFZA. Thus, the Free Zones programme’s importance in reversing our balance of trade deficit and depreciating cedi is vital.

With regard to the development of designated SEZs, the authority, he says, has signed a memorandum of understanding with a private developer for developing about 1,500 acres of land designated at Yabiw/Shama in the Western Region.

The proposed investment, according to him, is estimated at $250million to $300million. It is expected to provide world-class infrastructure such as roads, electricity with a dedicated power plant, sewage treatment plant, container depot, office complex and residential complex, among others. In addition, the project when completed will lead to thousands of jobs and increased foreign exchange earnings for Ghana.

Regarding the designated processing zone in the Ashanti Region, commonly associated with the Boankra Port or the Greater Kumasi industrial project, compensations for the land and economic activities have been finalised.

Touching on the African Continental Free Trade Area (AfCFTA) agreement and its potential to accelerate the growth of the Ghanaian economy, Ambassador Oquaye Jnr noted that the GFZA recognises the AfCFTA’s potential in attracting market-seeking investments and encouraging local businesses to export to the African market.

“In pursuing an export-led industrial growth strategy and given the enormous opportunities AfCFTA and the world at large provide, the problems of unemployment, low export earnings, lack of value addition to our natural resources, lack of diversification of our export products, and being an insignificant player in the continental and global value chains can be solved.

“To achieve this objective, the GFZA has set up an AfCFTA desk. The Authority is collaborating with the AfCFTA National Coordination Office (NCO) to develop a GFZA/AfCFTA strategy to integrate AfCFTA into our activities. If there are any lessons to be learned from the COVID-19 pandemic, it taught us that deploying technology is the way to go. Thus, most of the authority’s approvals have been migrated online under the ICUMS single window.”

The week-long celebration of the GFZA’s 3rd Annual Investment Week runs from December 5-9, 2022.

The celebration will see the GFZA engaging the media and business community through roadshows, one-on-one interactions, interviews, organised enclave/SEZ visits and many more.

The celebration will climax with a CEOs’ networking session to be attended by senior government officials, ministers of state, CEOs and captains of industry at the Marriott Hotel on December 7, 2022.

The GFZA Investment Week meeting will discuss a pathway for supporting exporters to optimise exports within Africa and beyond.