The case was dismissed after months of investigations for lack of evidence and non-cooperation by the petitioners.

The Volta Regional Executive Council of the National Democratic Congress (NDC) has dismissed a case of sexual misconduct leveled against its deputy organiser for the Ketu South Constituency, Joseph Kwame Gidiglo by some branch executives of the party. The petitioners were seeking the removal of the deputy constituency organiser from his current position before the upcoming constituency executive elections.

The case was dismissed after months of investigations for lack of evidence and non-cooperation by the petitioners.

A communiqué issued and signed by the regional chairman of the party, Henry Ametepe, and copied to the Ketu South Constituency secretariat and its branches noted that though the  petitioners cited  Article 49(1)(a) of the NDC constitution to invoke the constitutional provisions of Article 48(8)(b) requesting the party committee to place an indefinite suspension on Joseph Kwame Gidiglo, their claims are baseless and unfounded.

According to the communiqué, the petitioners failed to honour the committee’s invitation at the hearing of the case. It added that the petitioners only signed the documents but were not responsible for the contents captured in the petition, adding that “our checks on the petition results to nothing and that there is no ground on which the petition can be granted”.

The communiqué advised the petitioners to refrain from acts that will bring the party into disrepute.

In an interview with Ghananewsonline.com.gh, Gidiglo was grateful to God for everything that has happened in his life so far. Citing 1 Thessalonians 5:18, Gidiglo deemed it a great honor to have worked and served in his party – the NDC, that as the deputy organiser he is working effectively to bring the party into power come 2024 because he realized that in the last elections of 2020, some of the party members and sympathizers did not come out to vote as they did in past elections.

”But thanks to the current constituency executives and my  office as  organizer for the party in Ketu South throughout, branch and ward levels we are boosting the love of our party NDC in the heart of both members and the sympathizers to increase the vote of NDC in election 2020 even though they did not win,” he added.

Joseph Kwame Gidiglo, who is the incumbent Deputy Organiser for the “World Bank”of the NDC, used the opportunity to call on the delegates to remember the good efforts of these current executives in the upcoming constituency elections.

Read the full Communique below: 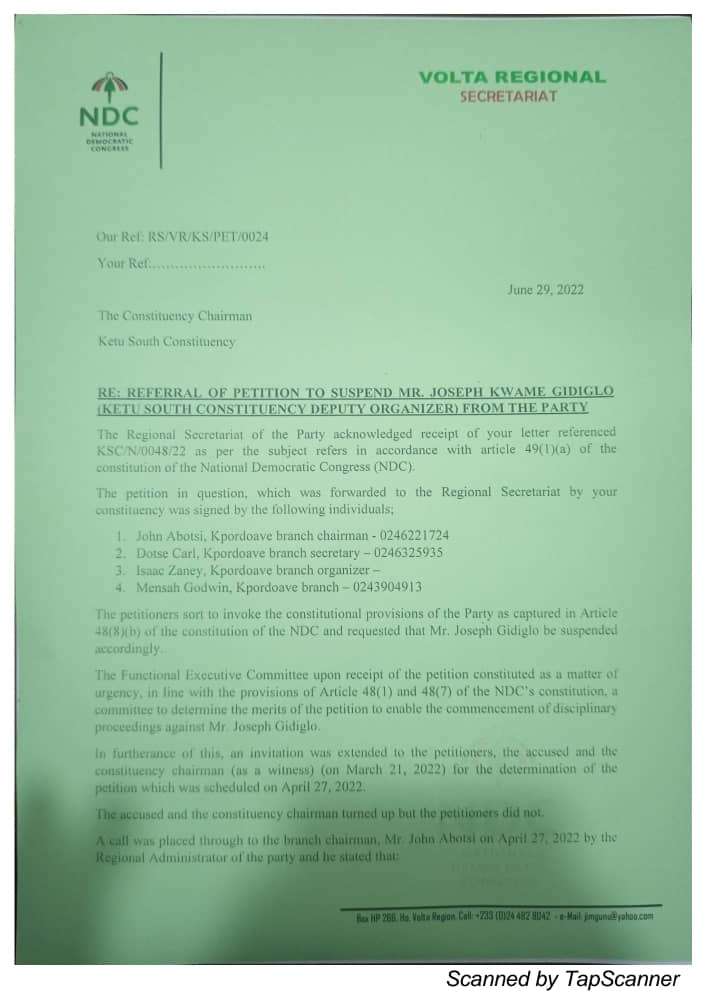 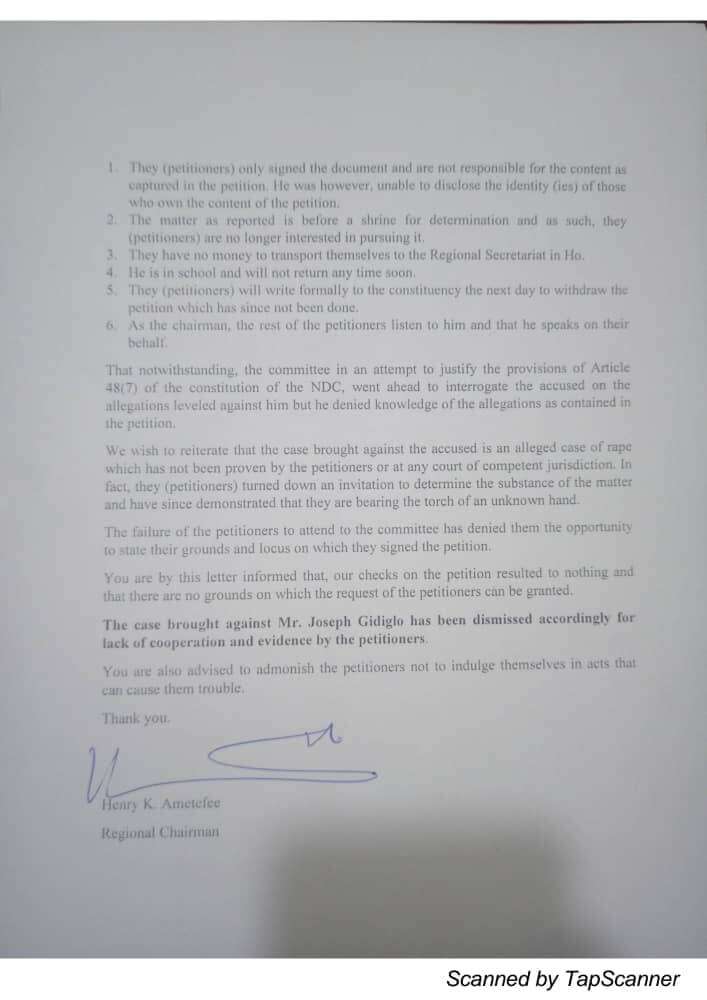