In these painful circumstances, His Majesty the King has given His Highest Instructions to declare a three-day official mourning in the Kingdom, starting from Friday, May 13, 2022 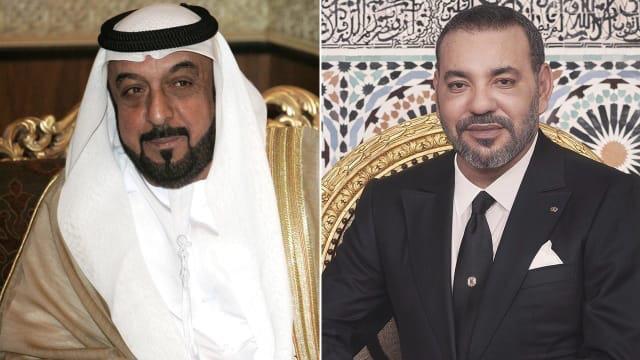 His Majesty the King, in a phone conversation with the late President’s brother, His Highness Sheikh Mohammed Bin Zayed Al Nahyan, Crown Prince of Abu Dhabi and Deputy Supreme Commander of the Armed Forces of the UAE recalled the deep bonds of sincere affection, mutual esteem and continuous understanding that bound the Sovereign to the deceased and constantly united the Family and the Royal Family.

HM the King also stressed that the Kingdom of Morocco remembers the affection and the strong bonds of brotherhood and solidarity, in good and bad times that the deceased bore towards Morocco.

King Mohammed recalled the deceased great concern for the consolidation and development of strong relations between the two countries, as well as the reinforcement of their bonds of solidarity and mutual aid with regard to the various crucial questions of common interest.

In this difficult moment, His Majesty the King touted the great achievements made by the late President and continuing the work of his late father, Sheikh Zayed Al Nahyan, with the modernization and development of its economic and political capacities, which enabled it to occupy a prominent place at the Arab, regional and international levels.

The King also hyped the active role he played in defending just Arab causes and consolidating Arab-Islamic ties of solidarity.

The Sovereign implored God to surround the deceased with His immense mercy and reward him for the commendable services rendered to his country and his Ummah, as well as for his pioneering achievements, and to welcome him into His vast paradise.

The Sovereign also sent a message of condolences to His Highness Sheikh Mohammed Bin Rashid Al Maktoum, in his capacity as Vice President of the State of the United Arab Emirates, President of the Council of Ministers.

In these painful circumstances, His Majesty the King has given His Highest Instructions to declare a three-day official mourning in the Kingdom, starting from Friday, May 13, 2022, with the half-masting of the national flag at government buildings, administrations and public places, and at Morocco’s embassies and consulates abroad.