My Experience with NDC is rich, my commitment is solid and I am ready to help win 2024 – Afriyie Ankrah

"Campaigning in opposition cannot be compared to when you are in government…" he explained. 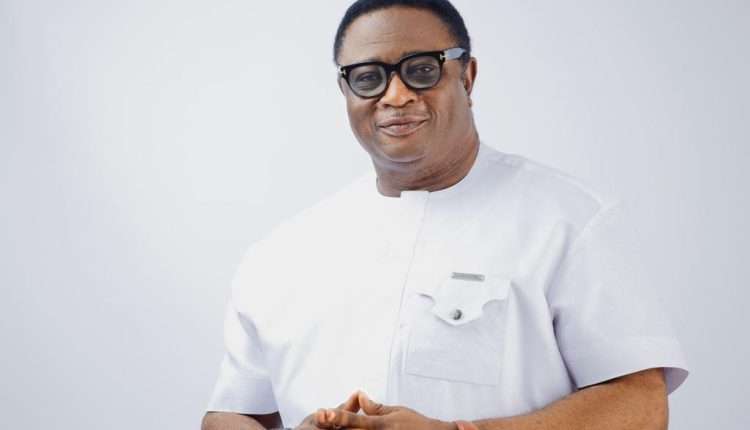 An aspiring General Secretary of the National Democratic Congress (NDC), Elvis Afriyie Ankrah, has justified his decision to contest in the upcoming elections saying he is the most experienced compared to his contenders for the job.

Mr Ankrah who was speaking on Radio Gold in Accra said his decision is influenced by prior notice about the incumbent Johnson Asiedu Nketia’s intention to move on coupled with his conviction that the party at this stage needs a formidable person capable of filling the huge footprints to lead the NDC to victory in 2024.

Tracing his leadership skills from the days at the University, Mr Ankrah, who is a former Sports Minister and deputy Local Government Minister said he, like other candidates, have so much respect for Mr Nketia wo has occupied that seat for 17yrs and because of the good relations he has had with him like other experienced veteran politicians within the party, he is confident of victory come December 17, 2022.

“Campaigning for the position of the Student Representative council was tough and the environment was hostile but I was focused.

“I was a Rawlings boy from the word go…I had his pictures all over my room at the university. And they wanted to use that against me when I contested for the SRC elections. Those days it was difficult, if they knew you to be somebody close to government, particularly the P-NDC on the University campus. And here I was an open Rawlings boy and I was tagged and there were tribal undertones at the time”

But he said he was unfazed, determined and won. He added that contrary to suspicions, he acted on his conscience and is on record to have led at least 11 major demonstrations on behalf of students at the time against the authorities, Professor Kwesi Botwe and Victor Selormey then the Finance Minister to get their demands met.

‘I had always wanted to be an international diplomat. I remember I started applying for UN jobs and I remember someone mentioned Dr Ibn Chambas who I later met and he wanted to help me’.… ‘Just around that time, my God Father, My Papa, the man who because of him, politically I am where I am today, Uncle Ato Ahwoi called me. He was very supportive when I contested the Ayawaso West seat as Parliamentary candidate in 2000.

“He said Professor Mills is coming back to Ghana to contest the primaries (for 2004) and we want you to become the deputy Spokesperson because you can speak many Ghanaian languages and we know your dynamism on campus and all that,” he explained.

Mr Elvis Afriyie Ankrah, in his characteristic conversational tone said while he was eying an ECOWAS job that would pay him in dollars, Ato Ahowi simply offered a car and fuel with nothing like an agreed take home salary.

“He simply said the job is sacrificial and voluntary. I said Uncle Ato, I just finished my Masters in International Relations and I have a family and I am thinking ECOWAS and the UN. He asked me to go and think about it”

In a laughing tone Mr Ankrah said while he prayed about it with his wife, he had already made up his mind. But after three weeks, he had another call from Mr Ahwoi who eventually convinced him.

‘So here I am today. As for Uncle Ato, I owe him a lot’… he emphasized as he eulogized the veteran politician, as well as his siblings and former National Security Coordinator, Kofi Totobi Quakyi, who among others he said really encouraged him (Mr Afriyie Ankrah) to get into the political terrain.

Mr Afriyie Ankrah said with his vast experience campaigning with then opposition leader, Professor Atta Mills and later as deputy Local Government Minister gives him better appreciation of the political terrain across the country, as they went round.

“Campaigning in opposition cannot be compared to when you are in government…” he explained.

“We lived in people’s homes, we moved to every corner, engage people at the local level and appreciate them better. And since I have over 12,000 contacts who are personal relationships with party people over the years.”

Mr Afriyie Ankrah was later elevated as deputy National Campaign Coordinator to Professor Joshua Alabi and through the working relations he gained the opportunity to know people, understand grassroots campaigning and strategy.

“When you are committed to a course and you are passionate about it, you have energy so you don’t really get tired. People ask me often where I get my energy from but I believe if you do what you live, God gives you the energy and I later became Deputy General Secretary of the NDC in charge of operations for the period towards the 2008 elections”

He said he was virtually on the ground helping various steams to address electoral issues, security and so on.

Narrating further his experience with the party, Mr Afriyie Ankrah, recalled the seeming tension around then candidate Mills and the founder, Jerry Rawlings and the search for a neutral for a balance. He said some of the names that came up were too pro Professor Fiifi Atta Mills or too close to Rawlingses.

“So one day I went to the late Professor Atta Mills and proposed Alex Segbefia. He responded in the positive but said he is in the UK practicing and he gave me the option to convince him to come home.”….he added.

Sharing his experience with outgoing General Secretary, Johnson Asiedu Nketia, Mr Ankrah said he always enjoyed working with him because of the space he had to work and put your best foot forward.

Elvis Ankrah, who later became associated with the campaign rhetotic …Maaama, Maama, Maaaama anytime he introduced John Mahama to a rally platform said people saw more about him on the field and in the jungle but perhaps did not know much about my background.

“I could do it 70 times or more. That then became what people will remember. Untile recently people have come to know more about me. They started getting to know I have had stints at Harvard University, Defense academy and so on, but though this aren’t much, it’s about what you do…” he added