Per the gazzette, Torgbi Dikenu II, is now able to deliver on his mandate as Chief of Nogokpo without fear or favor. 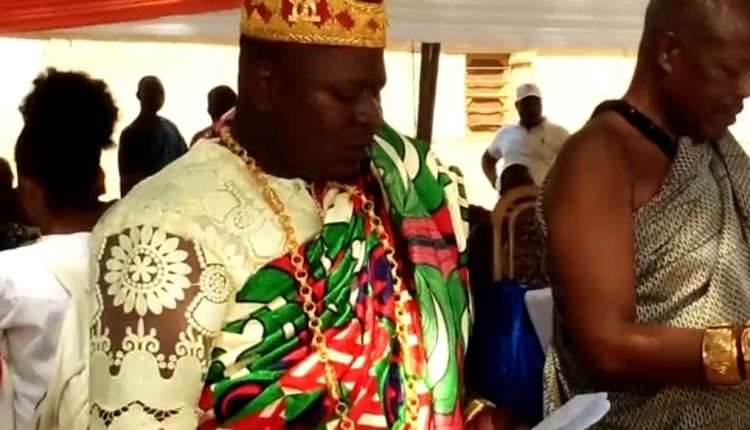 Torgbi Dikenu II of Nogokpo in the Ketu South Municipality of the Volta region has received his official gazette.

He was gazzetted into the House of Chiefs after meeting all the requirements necessary for admission into the noble house.

Subsequently he was sworn-in alongside 13 other traditional rulers as members of the Some Traditional Council which was inaugurated by the Ministry of Chieftaincy and Religious Affairs recently.

Per the gazzette, Torgbi Dikenu II, is now able to deliver on his mandate as Chief of Nogokpo without fear or favor.

In a telephone interview with Ghananewsonline.com.gh, Torgbi Dikenu II, said he was happy about his new status and sees it as a call for him to do more for the Nogokpo community.

“I’m an entrepreneur, a traditional ruler and a Peace Ambassador both in Ghana and Togo (International Peace Federation) who believes in the development of Nogokpo and the well-being of my people – I believe that being gazzetted was a call for me to do even more for my people, not only in traditional matters but also in the creation of job opportunities for the youth of my community,” he stated.

Torgbi Dikenu II said he was bent on correcting all the misconceptions about Nogokpo as a town and hoped that under his reign, the Nogokpo township and surrounding villages would see a facelift in terms of development and outlook.

He implored all indegenes of Nogokpo to rally support behind him and to eschew unnecessary squabbles and rancour for the betterment of the livelihoods of the townfolk and the development of the area as a whole.

The Nogokpo chief said his doors were always opened for any well-meaning citizens of Nogokpo and other well-wishers to pay courtessy calls on him so that “together we can work hand-in-hand to ensure that a new day breaks over Nogokpo”.

“Nogokpo must change,” he concluded.