According to him, majority of Ghanaians who feel sidelined by the ruling class get involved in activities which create insecurity in the country 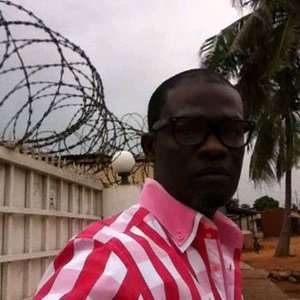 Chairman of the Parishial Ward of the National Democratic Congress at Baatsona within the Tema West Constituency, Comrade Chris Asher, has disclosed that the current heightened insecurity in the country is due to the way the New Patriotic Party (NPP) functionaries have hijacked the economy.

According to him, majority of Ghanaians who feel sidelined by the ruling class get involved in activities which create insecurity in the country.

Comrade Chris Asher who was speaking in an exclusive interview with Soireenews.com said most places in the country which used to pose no insecurity threat have now become danger zones.

“Apart from highjacking the import sector this government has hijacked the business sector as well,” he noted.

There are reports of the first lady, Rebecca Akufo-Addo getting involved in the importation of frozen foods, a matter which was under investigations by the Special Prosecutor (SP) but has now been halted.

He could not understand why investigations by the Special Prosecutor about the frozen foods which Madam Rebecca Akufo-Addo is reported to have been involved in was halted.

He said all those happenings accounts for the insecurity in the country.

He said as part of their diabolic plans the NPP has packed “armed robbers” into the security services whom they are using as puppets to terrorize citizens.

Comrade Asher said it is only when the NDC is in power that the security matters of the country is stabilized.

Citing 1969-1972 when Busia was in power, he said what Ghanaians experienced then is just the same as now.

Service personnel advised to consider investing into themselves