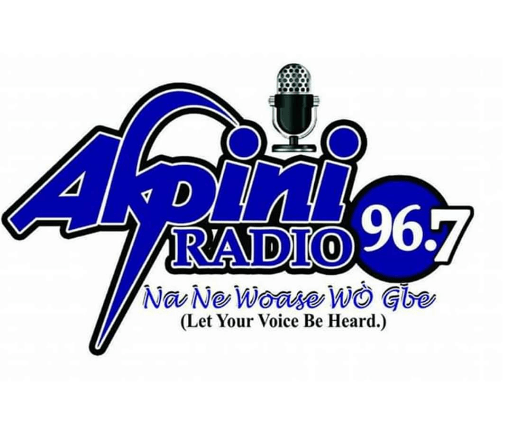 The Kpando Constituency NDC sends warm greetings to all the people of Kpando.

It has become important for the communications department of the Kpando Constituency NDC to come out with this press statement to address misinformation, lies and propaganda perpetrated by Akpini radio, a station owned by the member of parliament for Kpando constituency, Hon. Dela Sowah.
It has become even more important to make issues clear to the people of Kpando after we have cited a press release by the FM station which seeks to question the integrity and reputation of the communications department of the NDC in the constituency.

For some time now, Akpini FM has resorted to negative politicking, choosing to discuss internal matters of the NDC which is none of their business or concern on their airwaves. It has become clear to us that the radio station has been set up as a tool of propaganda for the selfish interest of self-serving individuals. Indeed there are records of recent programs on the radio station where insinuations were cast on respected NDC members and some hardworking branch executives. One would have thought that, after recent discussions on the radio station had caused bad media publicity for the party, the owner who is the member of parliament would have called the unscrupulous individuals to book.

Instead she visited the radio station to read her achievements and made comments that in one way or the other supported the unethical journalistic behaviors of the ill-mannered young people who have been recruited as agents of selfish individuals.

On the 31st August 2022, as part of a grand scheme, all forms of insinuations, innuendos were cast on two important personalities on the basis of a story in the Daily Analyst newspaper. We laid hands on the purported newspaper and reading the story over and over, it was clearly stated that Akpini radio was their source of information. It is therefore blasphemous for Akpini radio to claim purity when its entire body has been muddied with unintelligent propaganda!
Since 1992, internal elections in Kpando has always had normal pocket of small friction that comes with such elections.

The only difference now is the “radio hype” of our internal issues which is affecting the party negatively.

It has become a daily routine for Akpini radio to discuss internal NDC matters, making one wonder if they are a media house or political entity. In this day and age when pro-NDC radio stations have been targeted by the ruling NPP government, it amazes everyone in the NDC, how Akpini radio owned by the NDC member of parliament is able to do what they do? Is it that they benefit from the government by attacking the NDC?
With regards to the gagging and prevention of the NDC Communication members from representing the party on Akpini FM, it is important to set the records straight. Up until the 10th of June, 2022 the NDC Kpando communications department planned representation of communicators on morning show programs on Akini FM. We were however stopped from representing the party by June 10th without any reasonable explanation.

Here are the facts:-

1. By the end of February 2022, without any provocation or misunderstanding, the radio presenters called to inform us they have constituted their own communication team members; We openly disagreed with them and made it clear to them they don’t have the power even though the radio station is a private entity which belongs to our MP, Hon. Della Sowah. The fact that the MP owns the radio station, does not mean they can run the party’s communications from her radio station. They abandoned that agenda after our fierce resistance and we continued to manage representation at the station.

2. On June 10th, 2022 management of Akpini FM called us to inform us not to represent the party on their radio station.

3. We decided to use the internal party structures in addressing the matter because the radio station belongs to our NDC MP, Hon. Della Sowah. The matter was tabled before the Constituency Executive Committee. The Constituency Executive Committee wrote a letter to them seeking further and better clarifications on the matter. The party is yet to receive a response to that effect, nor acknowledgement of receipt of the letter.

4. Whiles this was happening, we informed the Regional Communication Officer, Mr. Kafui Agbleze, about the matter. After a series of calls, the regional communications officer got back to inform us the station has agreed to call us to continue representing the party, which they never did. At that point, it became clear in our minds that it was a deliberate plan to sideline the party’s communications department in favor of their own agenda to cause disunity within the NDC party in Kpando.

5. We were forced to resort to using the community information centers and outreach activities to be able to reach out to NDC members even though Akpini FM is owned by the NDC MP, Hon. Dela Sowah

6. It is very regrettable, that at this time of untoward hardships in our country and the constituency, the NDC party in Kpando is prevented from communicating to the masses by no other radio station but by one owned by the sitting NDC MP.

Let it be clear in the minds of everyone that till date the Kpando communications office is not allowed on Akpini radio and anyone speaking on that radio in the name of the party is not known to us.

Why Akpini FM that claims to be operating under the dictates of good media practice decided to put itself in the middle of internal party affairs continues to baffle us as a party and as people of Kpando.

Let this serve as a public notice to all and sundry and to the cowards behind the negative journalism at Akpini radio that the NDC communications department has the constitutional mandate to represent the party in matters relating to communications and we shall resist any attempt by Akpini radio to cause disaffection for the NDC in Kpando and beyond.

Inlaks is ICT Conglomerate of the year