The request from the Majority Members of Parliament reiterates the series of calls urging the Finance Minister to resign over his poor management of the Ghanaian economy. 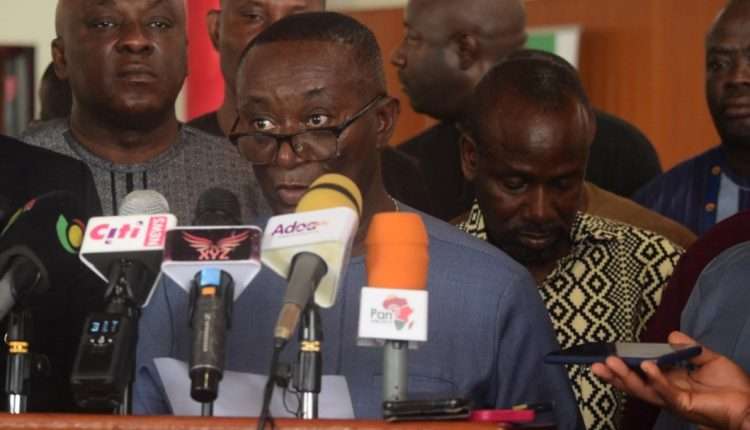 The Members of Parliament numbering about eighty (80), threatened to boycott all government businesses in parliament including the impending budget statement and debate if their call is not immediately attended to.

The Members of Parliament led by Hon. Andy Appiah Kub, NPP MP for Asante Akim North, at a press briefing before the commencement of Parliament on Tuesday explained that through the leadership of Parliament and the party, they have expressed their concerns to the President in this regard, but to no avail.

“The recent development within our economy are of grieve concern to greater majority of our caucus and our constituents. We have made our grieve concerns known to the President through the parliamentary leadership and the leadership of the party without any positive response. We are by this medium communicating our strong desire to the President to change the Minister of finance and the Minister of State in the finance ministry without further delays in order to restore hope in the financial sector and reverse the downward trend in the growth of the economy,” they noted.

The Members of Parliament warned that the majority will not partake in any government business in paraliament including the hearing of the budget statement and budget debate on the floor of parlaiment.

“Until such persons aforementioned are removed from office, we the majority caucus here in parliament will not participate in any business of government by or for the President by any other minister. We hope those of us at the back bench and the majority will abide by this prayer. We are saying that if our request is not responded to positively, we will not be present for the budget hearing, neither would we participate in the debate,” they emphasized.

The request from the Majority Members of Parliament reiterates the series of calls urging the Finance Minister to resign over his poor management of the Ghanaian economy.

Notable personalities like ex-President John Dramani Mahama and a former Chief of Staff under the Kufuor regime, Kwadwo Mpiani, have all impressed upon Mr Ofori-Atta to quit his job.

MPs return from recess to a renovated Parliamentary Chamber