Mr. Akufo-Addo has a reputation for sleeping on the job – this is the same Akufo-Addo who signed a multimillion dollar AMERI power deal and then turned round to say that he was misled. 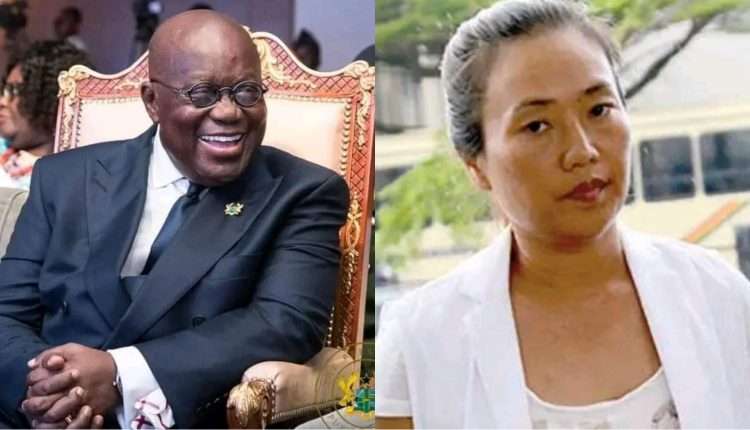 President Akufo-Addo has shocked Ghanaians with his revelation of a personal suspicion that notorious Chinese illegal miner, Aisha Huang, was ever deported from Ghana.

In a jaw-dropping statement on a Ho based Radio Station, the Commander in chief of the Ghana armed forces dangled question marks over claims by National Security that the woman was deported from the country in 2018.

“I’m not still sure whether she was in fact deported. Or whether she fled the country the first time and has now come back. There still seems to be some uncertainty about it.

“But whichever way it is, she’s become the sort of nickname for all that galamsey represents”, he said.

Mr. Akufo-Addo has a reputation for sleeping on the job – this is the same Akufo-Addo who signed a multimillion dollar AMERI power deal and then turned round to say that he was misled.

Plus, the Ghanaian President recently contradicted his own Finance Minister over how much money government had spent on COVID-19

Self same Akufo-Addo tends to doze off in public.

It is not clear if his suspicion is due to the fact that he was never briefed on the ugly and scandalous matter of Aisha Huang.

Even so, the President’s shocking ignorance contradicts reasons that Senior Minister, Yaw Osafo Maafo gave for the government’s now disputed decision to deport Huang, rather than prosecute her in Ghana in 2018.

Speaking at a 2019 government town hall meeting in the US, Mr Osafo Maafo stated that government deported the Chinese national instead of jailing her in accordance with Ghanaian laws.

“We have a very good relationship with China. Today, the main company that is helping develop the infrastructure system in Ghana is Sinohydro, it is a Chinese Company. It is the one that is going to help process our bauxite and provide about two billion dollars to us… So when there are these kinds of arrangements, there are other things behind the scenes”, he stressed.

“Putting that lady (Aisha Huang) in jail in Ghana is not going to solve your economic problems. It is not going to make you happy or me happy, that’s not important, the most important thing is that she has been deported out of Ghana”, Osafo Maafo said.

If President Akufo-Addo’s suspicion is right that Aisha Huang was never deported, then it means Osafo Maafo had lied when he claimed the woman had been deported.

It also speaks to the revelation that Mr. Maafo had been in cahoot with some other rascals of State, to lie that Huang had been deported when indeed, she had not.

Galamsey: “I am not going to waste my time trying to defend anybody” – Ablakwa

It has been 7 wasted years under Akufo-Addo govt – Mahama