Speaking last Saturday at a Women’s Submit at UEW, BB as he is popularly known said President Akufo-Addo has failed Ghanaians woefully since he took over power from the NDC. 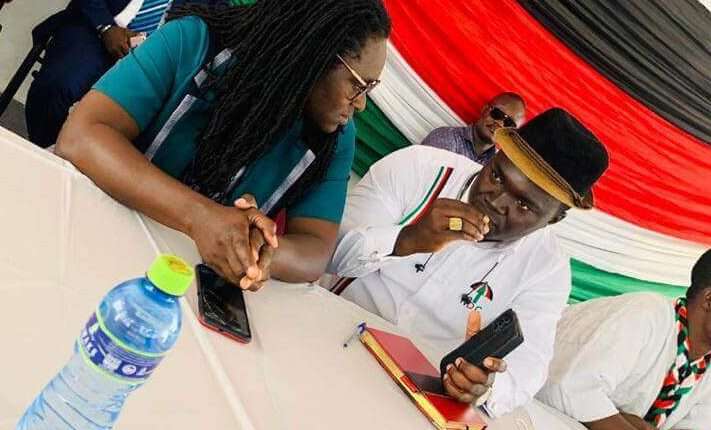 An Aspiring Regional Youth Organizer of the National Democratic Congress (NDC) in the Central Region, Bright Botchway, has charged Ghanaians to vote out the New Patriotic Party (NPP) on December 7, 2024 because the winning of the NDC will liberate the country from the sufferings that have plunged the Country into an abyss.

Speaking last Saturday at a Women’s Submit at UEW, BB as he is popularly known said President Akufo-Addo has failed Ghanaians woefully since he took over power from the NDC.

He added that the Akufo-Addo-led government has been characterized with corruption, insecurity, lawlessness, untold hardship and thus only friends and families are benefiting from his administration.

He further noted that the NDC will bring powerful policies that can make life better for Ghanaians, emphasizing that getting NPP out of power will be a second independence for Ghanaians.

He again said, the long lasting solution to social and economic challenges confronting Ghana will surely be addressed when the National Democratic Congress recaptures power come 2024.

“High unemployment rate in the country, businesses suffering, and the economy on feeble wheels under this inept government will be a thing of the past,” he said.

NDC executives, great women in the party from all walks of life, party faithfuls and sympathizers thronged the programme at Winneba to listen to the one they have described as the incoming Central Regional Youth organizer – Mr Bright  Botchway as he outlined NDCs solutions to the country’s social and economic woes.

He emphasized that there is a well-crafted plan to create more job opportunities for the teeming youth and that the NDC will solve the country’s “galamsey” menace which has caused extensive destruction to vegetation cover and water bodies.

According to him, there are a lot of things occurring in the country that are creating fear and insecurity but Ghanaians would sleep comfortably come 2025

He commended all party faithfuls for their hard work in the 2020 presidential and parliamentary elections, and said before the election, NDC had 106 seats in parliament, however, “now the party has 137 seats.

He admonished party executives to eschew selfish interest, pull him down and backbiting and work closely for the common interest of the party and a smooth win in 2024.