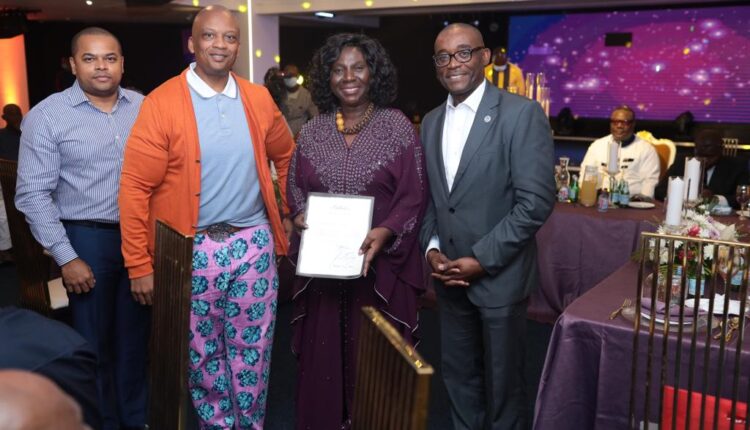 The City of Miami in the United States of America has appointed Ambassador Nancy Sam as the new Tourism Ambassador for Miami Dade County in Florida.

The announcement of her appointment was made on Friday when a 30-member high-powered government delegation including three commissioners from the Miami-Dade County in Florida visited Ghana to connect with thier heritage as well as partner with various government institutions and the private sector in the area of seaport, maritime, aviation and tourism.

Commissioner Oliver G. Gilbert, III  who presented the certificate as a confirmation of her appointment said Ambassador Nancy Sam had impacted positively on the facilitation and promotion of tourism in Miami  -Dade adding that her role in women empowerment and entrepreneurship was worth acknowledging.

Speaking to the media after the announcement Ambassador Nancy Sam who is also the President of Women in Tourism Ghana narrated how she was the first Ghanaian who began the promotion of tourism to the United States in 1992 by doing student exchange programs to Disney World Orlando, forth Lauderdale, Miami, and New York.

She expressed her gratitude to the delegation for the confidence reposed in her adding that her hard work is yielded positive results.

She promised to bring her over 30 years of expertise to bear to help promote and explore Tourism, investment opportunities, and trade between  Miami Dade County and Ghana. Also to west Africa.

Ambassador Nancy Q. Sam advised the Miami-Dade County delegation to connect with the Diaspora Africa Forum (DAF) which is the only embassy for the diaspora situated in Ghana to establish their linkages on the African continent.

Officials from the Ghana Tourism Authority (GTA) who also welcomed the Miami Dade delegation promised to support all their tourism activities to promote the Beyond the Return initiative.

Ambassador Nancy Sam is the Vice President of the Economic Community for the West Africa States  (ECOWAS)   Tourism Private Sector Confederation and the Chief Executive Officer of Staple Travel and Tours, one of the leading companies located in Accra.

She was the past President of the Tour Operators Union of Ghana (TOUGHA), a position she has held for two terms, and the Treasurer for the Ghana Tourism Federation (GHATOF) from 2014 to 2018.

She was honoured in 2008 April by the then New York senator Honourable Ruth Hassel Thompson for promoting heritage tourism between Ghana and New York.

GOT A STORY? Share with us. Email: [email protected] or [email protected] WhatsApp: +233(0)244822034
Ambassador Nancy SamGhanaGhana Tourism AuthorityGHATOFGTAMiami Dade CountyTOUGHATourism Ambassador
0
Share FacebookTwitterWhatsAppTelegram
Subscribe to our newsletter
Sign up here to get the latest news delivered directly to your inbox.
You can unsubscribe at any time

Of Time and Times: The Intergenerational perspective