Recently released by the United Nations Economic and Social Commission for Asia and the Pacific (ESCAP), the Asia-Pacific Trade and Investment Trends 2022/2023 further highlights that the pharmaceutical industry attracted the highest amount of FDI ($32 billion) between 2008 to 2021 – significantly more than investments in the medical devices ($20 billion), biotechnology ($17 billion) and healthcare ($10.8 billion) subsectors. 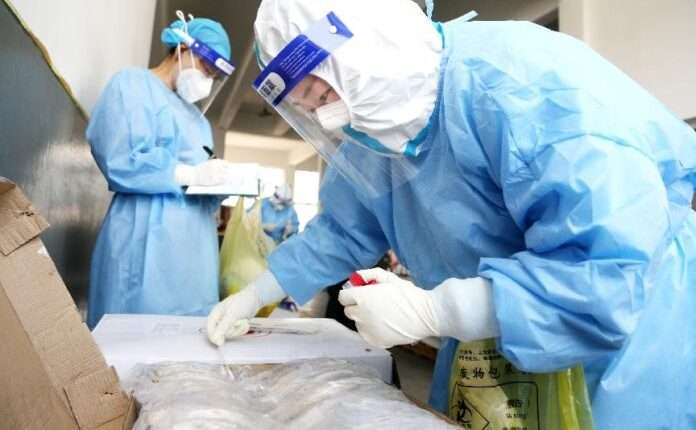 The ongoing COVID-19 pandemic has exposed critical cracks in health sector investments in Asia and the Pacific, with the sector’s foreign direct investments (FDI) dropping by 45 per cent from 2019 to 2020 and continuing to decline to 34 per cent in the first three quarters of 2022.

Recently released by the United Nations Economic and Social Commission for Asia and the Pacific (ESCAP), the Asia-Pacific Trade and Investment Trends 2022/2023 further highlights that the pharmaceutical industry attracted the highest amount of FDI ($32 billion) between 2008 to 2021 – significantly more than investments in the medical devices ($20 billion), biotechnology ($17 billion) and healthcare ($10.8 billion) subsectors.

The United States was the largest investor in the, making up 35 per cent of all health-related greenfield investments (2008 – 2021), followed by Switzerland, Japan, Germany and France. China ($33 billion) was the largest receiver in the same period, followed by India ($14 billion), Singapore ($9 billion) and Malaysia ($5 billion).

Many countries in the region such as Sri Lanka, Brunei, Bhutan, Timor-Leste and Thailand have invested in the health sector as a core policy objective. However, certain key challenges continue to exist such as the limited capacity of countries to attract the quantity and quality of investment needed due to poor regional and domestic investment ecosystems, poor infrastructure and related services, as well as the lack of capital, technology and skills.

“Regional cooperation and political commitment to openness for investment will be crucial to helping economies build back better and harness the potential of FDI,” said United Nations Under-Secretary-General and Executive Secretary of ESCAP Armida Salsiah Alisjahbana.

The Asia-Pacific Trade and Investment Trends 2022/2023 feature four briefs as part of an annual series produced by ESCAP to support policymakers in developing short-to-medium term plans to mitigate adverse impacts from emerging risks and uncertainties in the global and regional economies.

This year’s briefs also draw attention to the fact that the region continues to be the largest contributor of preferential trade agreements (PTAs), accounting for about half worldwide. These PTAs have become bigger, deeper, more digital and increasingly supportive of sustainable development, with the Comprehensive and Progressive Agreement for Trans-Pacific Partnership (CPTPP) exemplifying these trends.

Meanwhile, regional merchandise trade growth will be limited in 2022 following a global demand slowdown in the second half of this year. ESCAP forecasts merchandise trade to total $19 trillion, with real exports expected to grow by 3 per cent while imports will contract by 0.3 per cent. Inflationary pressures have also dominated in 2022 with varying impacts across the region. Assuming that inflation will be effectively curbed during the next year, regional merchandise trade is expected to continue growing modestly in 2023 with 1.6 per cent growth in real exports and 0.7 per cent in real imports.

Asia and the Pacific services exports and imports are expected to grow above the global average at 8.7 per cent and 9.8 per cent, respectively, in 2022, supported by a vigorous travel sector, heightened demand for ICT services and a less constrained transport sector. However, for 2023, ESCAP estimates the value of these sectors to grow slightly below this year’s performance, at 7.5 per cent and 5 per cent, respectively.

Greenfield investments in the region have remained resilient, growing by 6 per cent in 2022 despite the global geopolitical and economic pressure. For the first time, India outpaced China and became the largest destination and source of greenfield FDI ($60 billion of inward FDI and $35 billion in outward FDI).