This project is to assist in the infrastructural development of member associations and Ghana is currently one of the few countries in Africa which has benefited from Goal I-IV. 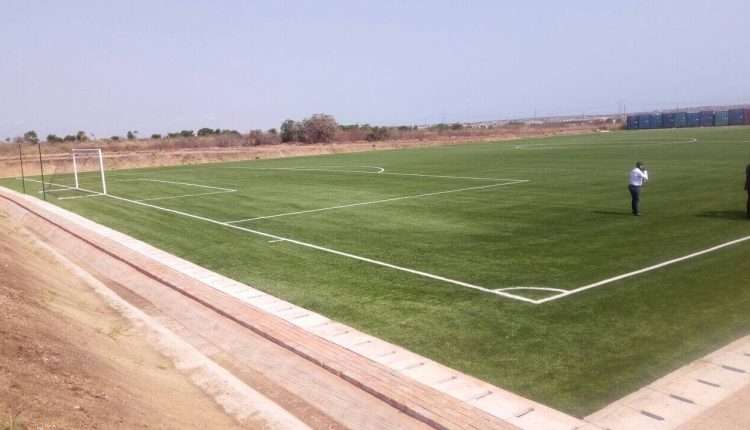 The people of Ningo-Prampram have benefited from the Federation International Football Association (FIFA) Goal Project since it was commissioned in 2013.

The FIFA Goal project is a worldwide development programme aimed at reducing the infrastructural gap between the developed and the underdeveloped nations in Africa, Asia and South America.

It also aims at bringing parity through the provision of specific needs of national associations in the area of tailor- made development and assistance to associations.

This project is to assist in the infrastructural development of member associations and Ghana is currently one of the few countries in Africa which has benefited from Goal I-IV.

The project which is a complete sports center, comprises of two astro turfs, one natural grass pitch, indoor training equipment, hostel facilities and a dining hall, which serves as a training hub for Ghana’s national football team and some clubs. The construction of this project, has created jobs for over hundred youth in Prampram over the past decade.

During the construction of this project, a 2.5 Kilometer road was also constructed for the people of Prampram.

Since its completion, some youth in Prampram, have gained employment at this training facility.

“I was unemployed before this project was built, but now I work as a full time receptionist” Cynthia Acquah said in an interview with The Prampram Tribune.

“I have been working as a security here for the past thirty-six months and I must admit, it has been a really good gig for me,” Benjamin Afriyie another worker at the training center added.

Juvenile football and lower division teams in Prampram, have also benefited from the Goal I-IV project. Before the construction of this project, these teams did not have any proper place to train ahead of games.
But since its completion, they have a place to prepare ahead of games.

Coach for Coastal CF, Adu Appiah, a lower division club in the area revealed that the facility came at the right time and have positively impacted their performance. “We use to train on a school pitch which is not up to standard and it was a problem for us, but since the construction of this mega project, at least we have perfect pitch to train on and we are really excited about it.””It is a nice facility and it has all the training equipment we need for our course, ” Francis Opare, team captain for Coastal CF added.

Director for the local sports council, Ebenezer Pambo, described how this facility has eased the burden on him and his colleagues.

“A place to organize competitions and also other events have been a challenge in past years but the initiative has positively contributed towards the development of football in Prampram, ” Philip Osei, assistant to the director added.

The Paramount chief of Prampram Traditional Council Area, Nii Tetteh Wakah III, also added, the project has lifted the name of his community and how the project has benefited the youth. “Prampram has become a household name in football development in West Africa because of this project.” Prampram is among the few towns in West Africa to have this kind of project, and we are grateful.

” Nii Tetteh Wakah III also thanked the former president of the Ghana Football Association Kwesi Nyantakyi for choosing Prampram for this project. Nii Wakah III added that this project has drawn a lot of investors to Prampram.