Only Criminal Leaders Give Tax Breaks in Mining

We must be serious with ourselves and safeguard our endowments. 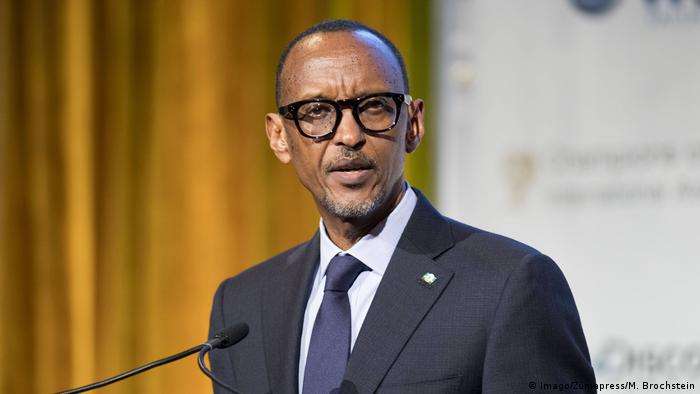 RWANDAN President Paul Kagame says it is a worst form of criminality, for any leader in Africa to give tax concessions to mining companies so they mine, without paying necessary taxes.

Kagame, who is a Pan-Africanist, criticized presidents in Africa, who think the continent’s solutions are a monopoly of Westerners.

He says some leaders are comedians because, they prefer removing subsidies on commodities but give tax breaks to mining giants.

Speaking in Congo Brazzaville recently, where he was addressing that country’s parliament, the Rwandan President said he knows quite a lot of African leaders who have gone with a begging bowl to Western countries when back home, they have given tax concessions to mining companies.

“There ought to be a shift in thinking by African leaders, to realize that the problems they are facing individually as a country and collectively as a continent can only be solved by ourselves.

I have seen a number of my brothers in this continent as leaders, who go to beg with a bowl to the West and say they need help.

I get puzzled and pissed at the same time.

Look, the gentleman is kneeling with a bowl to the west but he has minerals, plenty – which he is giving out for free through criminal tax concessions.

We must be serious with ourselves and safeguard our endowments.

I call such people criminals,” Kagame said, while causing laughter in the Congo Brazzaville Parliament.

And commenting on the effects of the Russia and Ukraine war, on Africa, Kagame reinforced his stance, saying the more reason why African leaders need to break free from depending on the West has been echoed by what is happening with oil prices.

“People are coming to me asking how I have reduced the price of fuel in Rwanda; in the midst of increase of oil prices in the international market and my answer is that, it is up to us leaders to ensure that we cushion our people with necessary interventions.

Such interventions include but are not limited to; cutting government expenditure and putting in measures to ensure that we save enough money and place it on programs to cushion the people.

It requires sacrifice but, most importantly, you must be a leader who is able to make independent choices.

If you are a puppet, you will not be able to think based on what you see, they will always pull the strings and say dance to this tune.

When I say these things, I want to remind colleagues in the continent that to depend on IMF to give you solutions is deadly; they can’t allow you to make those policies of cushioning the people because the people who run these Western institutions are the same ones who own the companies that sell oil in the world.

It is therefore, in their interest to ensure that you buy oil at high prices and pass it to the people at the same prices”