The Rotarians would be working hand-in-hand with the management of the 37 Military Hospital to achieve their set goals in this regard. 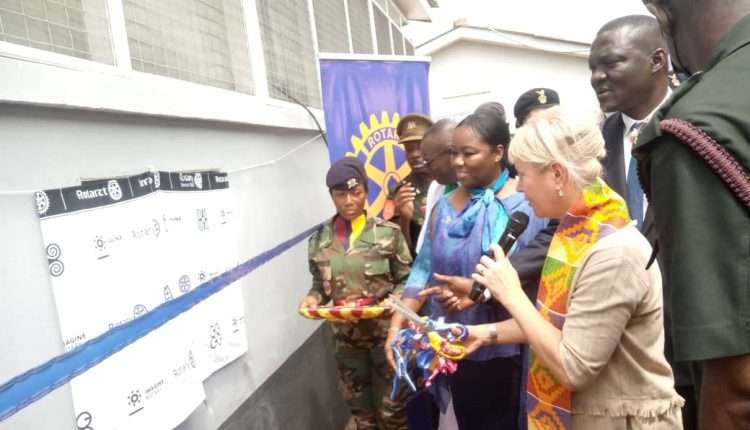 The Rotary Club, Accra Airport Branch, has adopted and commissioned the refurbished Children’s Ward of the 37 Military Hospital at a cost US$100,000.00.

The refurbishment included: Re-ceiling of the two wards, provision of air-conditioners and television sets, bedding, a library, repainting and decoration, provision of a play area for children; and provision of a mother’s waiting area.

With the adoption of the ward, it means the internationally recognized humanitarian service organization’s Accra-Airport branch would, henceforth, take full responsibility for keeping the Children’s Ward in good condition and also ensure the beautification of the edifice at all times.

The Rotarians would be working hand-in-hand with the management of the 37 Military Hospital to achieve their set goals in this regard.

A Memorandum of Understanding (MoU) has been signed between the two parties, recognizing that children are very vulnerable in society and must, therefore, be properly taken good care of, especially, when sick in a conducive environment.

The move by the Rotary Club, Accra-Airport Branch, was revealed when the President of the Rotary International (RI), Jennifer Jones, was joined by the District Governor of District 9102 of Rotary International and the Past President of Rotary Club, Accra-Airport, Afua Ababio, to commission the refurbished Children’s Ward in Accra on Tuesday, September 13, 2022.

Prior to unveiling a plaque to signify the official commissioning of the refurbished wards, Jennifer Jones told the gathering that she was proud of what the Rotary Club, Accra Airport Branch, has done.

She described the project as very impactful and called for more of such developments through partnerships or collaborations in the future.

“What you have created is dignity. What you have created is hope. That is what a child and mother need when they come into this facility. How many of us have been to the hospital before? We know that when we go there, it is not for good reasons. You need to have a place that provides comfort. You do not have to live under a tree and get closer to a child. This [refurbished Children’s Ward] is a true meaning for impactful work”, she remarked.

She added “When we talk about sustainable impactful work, this is the best practice. Maternal and Child Health is one of our primary areas of focus. We’re doing incredible work across the world. The most important part of what we are seeing here today is the collaboration between the 37 Military Hospital and the Rotary Club, Accra-Airport Branch. You can’t do these things alone. You need to do them together; you need to work together so that we can create lasting change in our communities”.

The move to renovate the 37 Military Hospital Children’s Ward started in 2018 when the District Governor nominee, Mr. Amankwah expressed concern over the state of the ward after visiting a patient. He then proposed to the Rotary Club, Accra-Airport Branch to change the ceilings of the ward, especially, the insulations, since it was the one generating heat in the ward, thereby affecting the patients and the nurses.

This prompted a visit and a thorough assessment of the facility by a team from the Rotary Club, Accra Airport Branch, leading to the complete renovation of the facility.

The Commanding Officer of the 37 Military Hospital, Brigadier-General Azumah Bugri, in his welcoming address said the project did not only benefit children, but mothers, especially, who bore the brunt of their sick children.

“Childhood is a mandatory transition to adulthood which we all have to pass through. And it is hard time humanity demonstrated what you have done by ensuring that they go through this transition in safety and in good health irrespective of their socioeconomic background. Rotary Club, Accra-Airport Branch did it in 2018 and came back in subsequent years and fixed other aspects of the facility. This relation has been taken a step further from a simple assistance to what we are witnessing today – adoption. We are most grateful”, he noted. 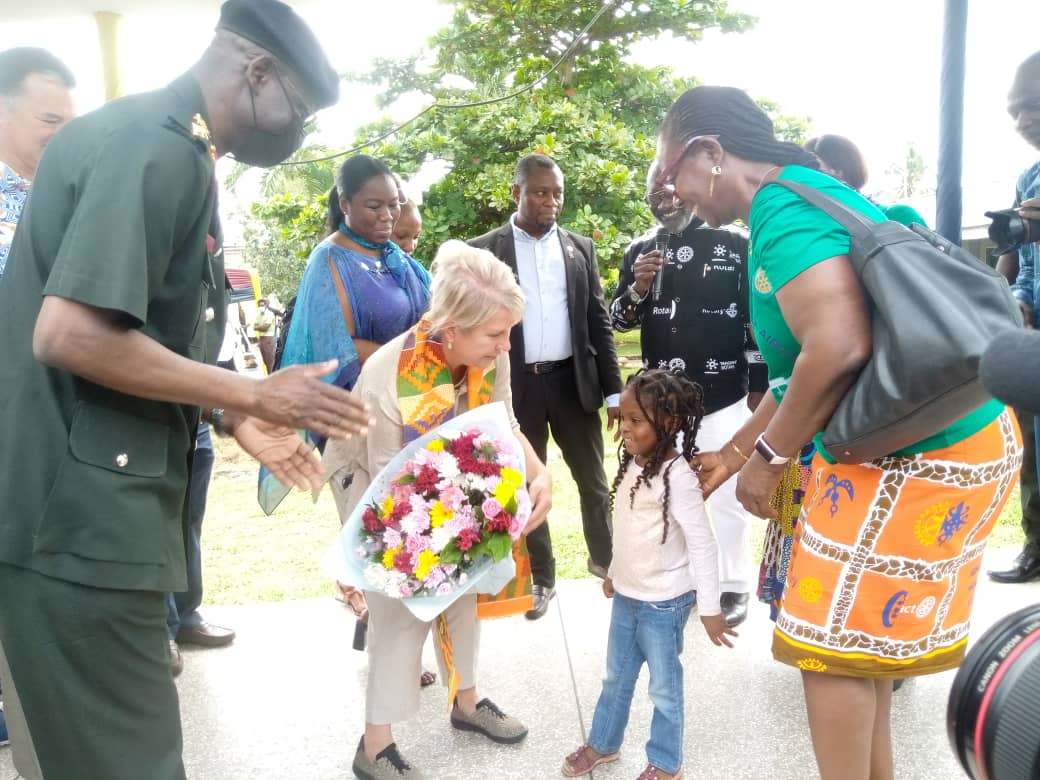 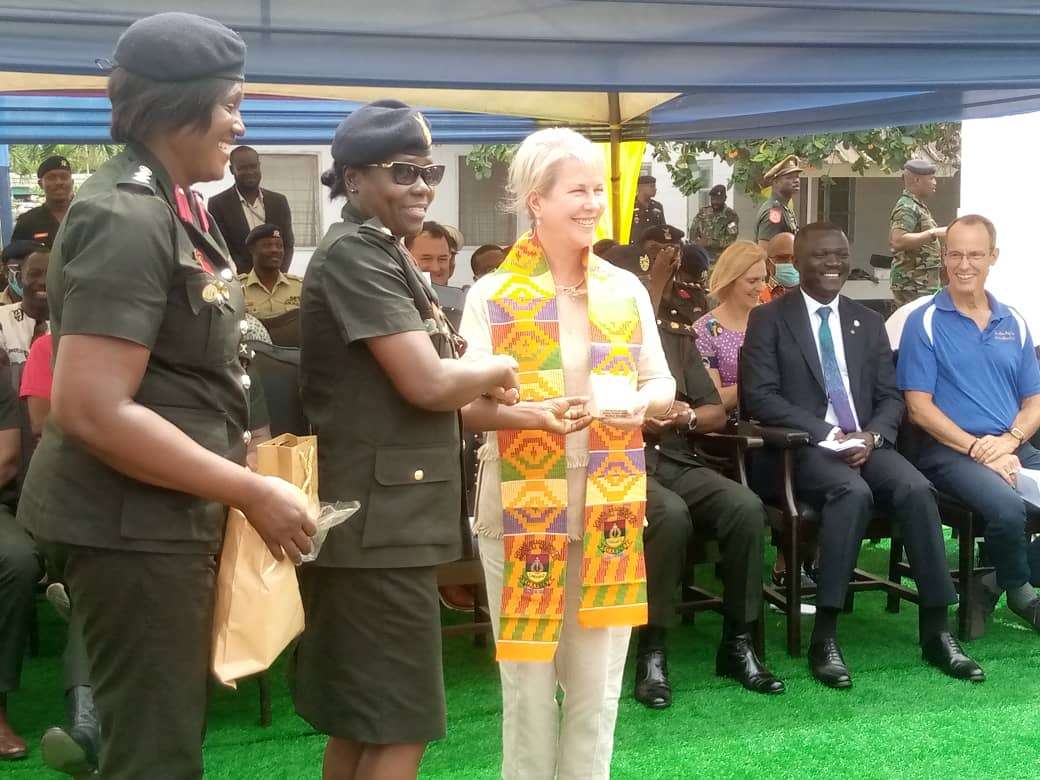 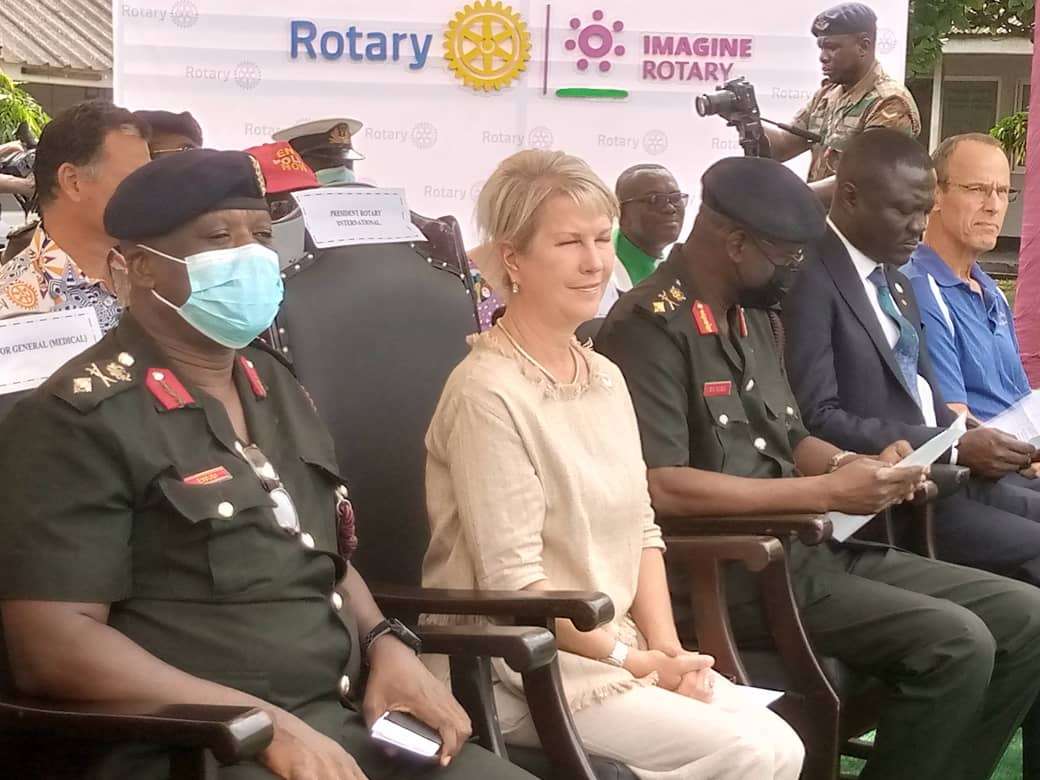 Did Aisha Huang “flee” from Ghana?