THE WESTERN TOGOLAND (BRITISH TOGOLAND) STORY – You Shall Know The Truth And The Knowledge Of This Truth Shall Set You Free!

But those who are not comfortable living with ignorance or with the exercise of intellectual dishonesty, earnestly seek to know the facts behind the Western Togoland story. 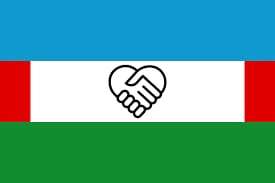 In emphasizing the need to acquire knowledge so we can be freed, Jesus saw the danger and enslavement and marginalization caused by ignorance. God lays much emphasis on the acquisition of knowledge that he lamented that his children perished needlessly for lack of knowledge. It is a verified truth that knowledge is power. And so leaders who marginalize their subjects hide key information from them. But acquisition of knowledge comes with responsibility and accountability. For you must account for what you do with the knowledge. To be set free you have to act upon the knowledge you received. And so some people prefer to ignore the knowledge because they do not want to face its responsibility and accountability. That is why politicians in particular, spend much effort and resources on DISINFORMATION AND MISINFORMATION as an attempt to hide the TRUTH and mislead the people.

The Western Togoland story is clear. Indeed so clear that the Ghana governments left no stones unturned in preventing people to know its truth. They obliterated its history from their educational text books and now are censoring their media houses from reportage on it contrary to their own Constitutional provisions (Chapter 12, Article 162(1-6). Because with the truth must come responsibility and accountability. But those who are not comfortable living with ignorance or with the exercise of intellectual dishonesty, earnestly seek to know the facts behind the Western Togoland story. And for those we present the facts below, using the two documents above, namely:

Both documents are integral to this presentation. Furthermore one needs to know that it takes at LEAST TWO INDEPENDENT NATIONS to form a UNION (UNION GOVERNAMENT).

When you study the Telegram you will notice the following:

Paragraph 3 of this same second document requested the same Britain to inform the UN through its Secretary-General when she had complied with the Paragraph 1 mandate….establishment of the UNION.

Now let’s look at the conditions precedent for a political union. These are:

Britain by informing the UN that she had complied with the UNION mandate of Paragraph 1 of the Resolution referred to supra, admitted that Western Togoland was indeed also an independent nation on March 6,1957. And this is a FACTUAL statement because by terminating the Caretakership Agreement with Britain in acknowledgement of its UNION with Ghana, Western Togoland CEASED to be a UN Trusteeship Territory. It became a free nation and no longer under the Protection of the UN or Britain.

But the UN, Britain and Ghana’s records confirmed that Britain did not actually establish the UNION as claimed in her Telegram. She failed to facilitate a UNION Agreement and Constitution for the two new countries. So conditions 2 and 3 above of the UNION criteria were not met. This clearly shows that Western Togoland and Ghana had not entered any legally binding agreement with each other and therefore has no lawful and legal commitments to each other. It also shows that Western Togoland CAN NEVER BE A REGION OF GHANA BUT HAS AN EQUAL NATION STATUS AS GHANA.

In the same vein Western Togolanders don’t need permission from Ghana to be on their own. They have never been colonized by Ghana, and as seen above no lawful relationship has ever existed between them.

It is clear from the definition and practical examples of political UNION cited in the link below, that there are no terms(agreements) binding Ghana and Western Togoland. So on what grounds is Ghana asserting control over Western Togoland? Where did Ghana get the right to think Western Togolanders need her permission to take back their stolen country? Who gave Ghana the authority to arrest, detain, torture and kill Western Togolanders who seek to reclaim the stolen property of their ancestors?

We have seen gross demonstration of ignorance from all those who comment on the Western Togoland statehood declaration. They use the term secession or secessionist. You are a secessionist when you are breaking apart an integral part of a country. From this presentation it is clear that Western Togoland HAS NEVER BEEN AN INTEGRAL PART OF GHANA. So what are they seceding from? It is high time the media and academia and others started acting responsibly towards Western Togolanders. The irresponsible inciting of the public against Western Togolanders through wrongful and derogatory labels must stop.

From the facts so far presented who is the aggressor? And who is the criminal? We put it to you that it has always been the government of Ghana right from Nkrumah’s time to date.

We conclude that Ghana’s brutalities against Western Togolanders who are RIGHTFULLY claiming their stolen nationhood is AN UNJUSTIFED AGRESSION AND ABUSE OF THEIR HUMAN RIGHTS. AND THIS MUST CEASE WITH IMMEDIATE EFFECT AND THE DETAINEES SIMILARLY RELEASED AND ALL CHARGES DROPPED AGAINST THEM.

The UN must bring Britain to account for its MISLEADING Telegram which left Western Togoland unprotected and had been at the mercy of Ghana since March 1957. Britain is therefore responsible for the predicaments Western Togolanders have been facing with her former colony Ghana. She therefore has a MORAL OBLIGATION TO REMEDY THE PROBLEM SHE CREATED over 63 YEARS AGO. IT IS NOT TOO LATE FOR HER TO DO SO. AND THE EARLIER THE FEWER BLOODSHET, TORTURE AND MURDER BY GHANA OF WESTERN TOGOLANDERS.

The UN has an equal blame to share by failing to do proper due diligence on the British Telegram and all her annual reports since signing on to the Trusteeship Agreement on Dec15, 1946.

FROM THE INFORMATION AND COMMUNICATIONS DIRECTORATE OF THE REPUBLIC OF WESTERN TOGOLAND.

Restoring resilience of women in shea