The Comoros Islands also regretted the absence of Morocco, "a pillar of Africa", from the 8th Tokyo International Conference on African Development (TICAD 8). 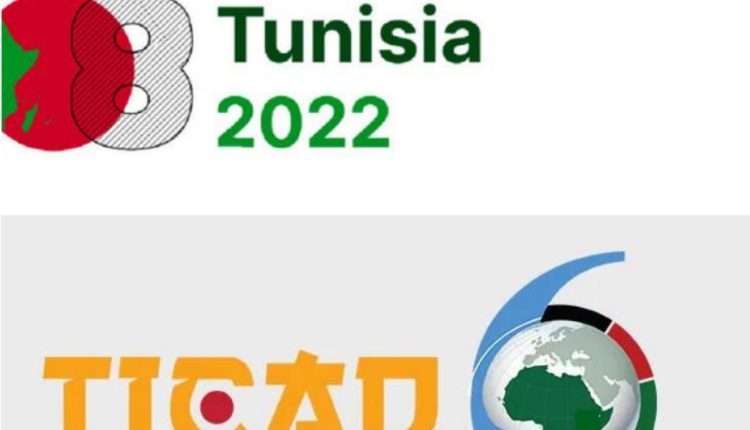 The Senegalese President and current Chairman of the African Union, Macky Sall, regretted that the 8th Tokyo International Conference on African Development (TICAD), which opened on Saturday in Tunis, was marked by the absence of Morocco, a “prominent member of the African Union”.

“Senegal regrets that this meeting of the TICAD is marked by the absence of Morocco, an eminent member of the African Union, for lack of consensus on a question of representation”, said Mr. Sall at the opening of this conference.

He expressed the hope of seeing this problem “find a lasting solution in the future for the smooth running of our organization and our partnership in a serene and peaceful setting”.

This position is supported by a large number of African countries, including the President of Guinea Bissau and current President of the Economic Community of West African States (ECOWAS), Mr. Umaro Sissoco Embalo, who left the 8th TICAD conference to protest against the participation of the “polisario” imposed by Tunisia, according to diplomatic source.

The Comoros Islands also regretted the absence of Morocco, “a pillar of Africa”, from the 8th Tokyo International Conference on African Development (TICAD 8).

“I would like to express our regret for the absence of Morocco, a pillar of Africa for reasons of compliance with the rules established so far for the organization of this TICAD summit”, said the President of the Comoros Islands, Azali Assoumani, at the opening of this conference.

He expressed the wish that “this will not affect the expectations of our peoples in this strategic partnership between Africa and Japan”.

For its part, Liberia regretted, on Saturday, Morocco’s absence from the 8th Tokyo International Conference on African Development and called for “the suspension of this session until the problems relating to the procedures are resolved” after the unilateral invitation of the separatist entity of “polisario” to this event. 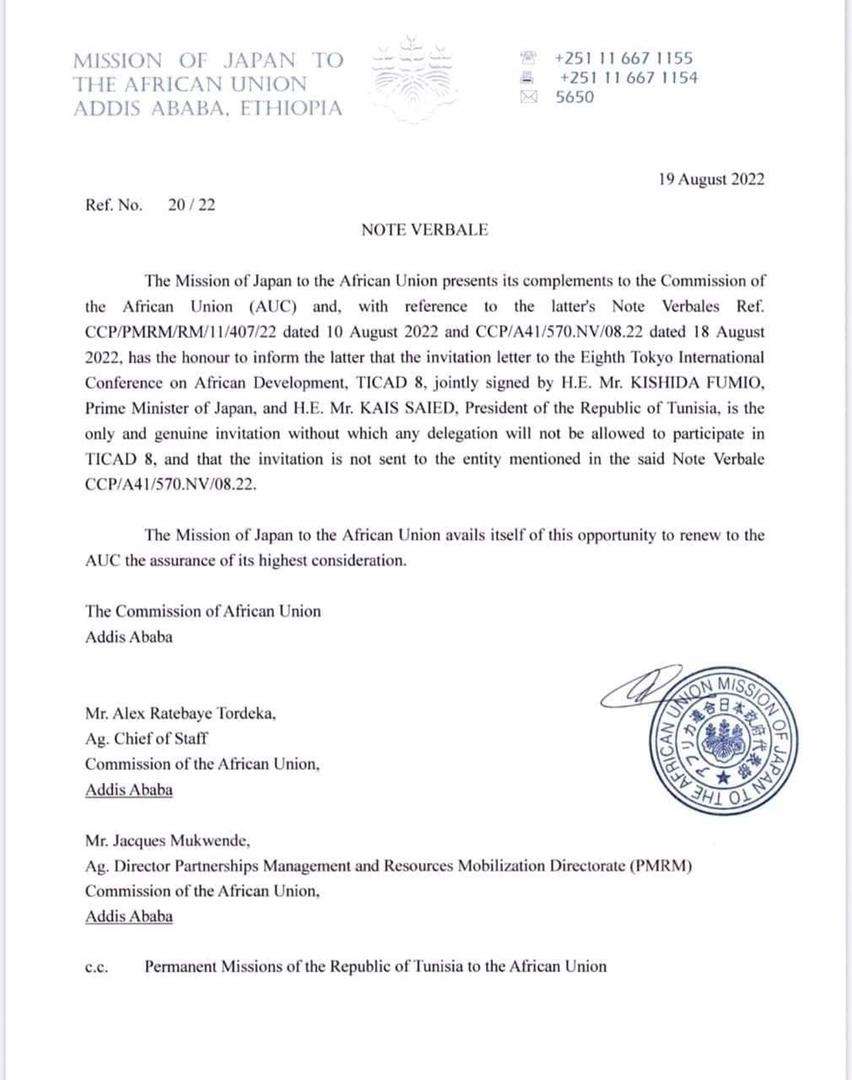 “Liberia expresses its regret over Morocco’s absence from TICAD-8. We are surprised by the imposed presence of a delegation (NDRL polisario) in violation of TICAD procedures,” said the Liberian minister of Foreign Affairs, Dee-Maxwell Saah Kemayah at the opening of this conference. In this sense, he called for the respect of the procedures and rules of invitation established within the framework of this Summit.

The minister also stressed the importance of respecting the rules and procedures relating to the invitation of persons and delegations, established jointly with Japan, calling for compliance with the decisions of the African Union relating to the format of participation in meetings of partnership.

Morocco has decided not to take part in the 8th TICAD Summit which is being held in Tunisia on August 27 and 28 and to immediately recall for consultation the Ambassador of HM the King in Tunis “following the attitude of this country in the framework of the Japan-Africa cooperation forum process which blatantly confirms its hostility towards the Kingdom”.

To defend itself, the Tunisian diplomacy underlined in a communiqué that Tunisia “maintains its complete neutrality on the question of the Sahara in respect of international legitimacy, a firm position which will not change, as long as the parties concerned do not have not found a peaceful solution acceptable to all”.

For Rabat, the publication of the press release from the Tunisian Ministry of Foreign Affairs, in an attempt to justify a posteriori the hostile and deeply unfriendly act of the Tunisian authorities with regard to the primary National Cause and the higher interests of the Kingdom of Morocco, “contains many approximations and untruths,” said the spokesperson for the Ministry of Foreign Affairs, African Cooperation and Moroccans Living Abroad on Saturday.

“Far from removing the ambiguities surrounding the Tunisian position, he only deepened them,” said the ministry spokesperson.

TICAD is not a meeting of the African Union, but a partnership framework between Japan and the African countries with which it has diplomatic relations, adds the same source, specifying that TICAD is thus part of African partnerships, as there are with China, India, Russia, Turkey or the United States, and which are only open to African States recognized by the partner.

Consequently, the rules of the African Union and its framework, which Morocco fully respects, do not apply in this case, it is emphasized.

Concerning the invitation of the separatist entity to TICAD-8, the spokesman of the ministry wishes to specify that it was agreed from the start and with the agreement of Tunisia, that only those who will be able to take part in this meeting, the countries having received an invitation co-signed by the Japanese Prime Minister and the Tunisian President.

An official Note Verbale circulated by Japan on August 19, 2022, explicitly points out that this co-signed invitation is “the only and authentic invitation without which no delegation will be allowed to participate in TICAD 8”, stating that “this invitation is not intended for the entity mentioned in the verbal note of August 10, 2022”, that is to say the separatist entity, we specify from the same source, adding that it is in this context that 50 invitations were sent to African countries that have diplomatic relations with Japan and that Tunisia therefore did not have the right to establish a unilateral invitation process, parallel and specific to the separatist entity, against the explicit will of the Japanese partner.

The spokesperson for the ministry also underlines that Tunisia’s press release shows the same approximation on the African position. This position has always been based on inclusive participation of African states, not AU members. It is based on AU Summit Decision 762, which clarifies that the TICAD framework is not open to all AU members, and that the format is defined by the same decision and by the arrangements with the partner.

Even the resolution of the Lusaka Executive Council of July 2022, was content to “encourage inclusiveness” while conditioning it by “compliance with the relevant decisions of the AU”, in this case the Decision 762, he explained.

In relation, finally, to the welcome given by the Tunisian Head of State to the leader of the separatist militia, the spokesman noted that the stubborn reference in the Tunisian press release to “the reception of the guests of Tunisia on a equal footing” arouses the greatest surprise, knowing that neither the Tunisian government nor the Tunisian people recognize this puppet entity. It bears witness to an act of hostility that is as blatant as it is gratuitous, and which has nothing to do with the “Tunisian tradition of hospitality” which, in any case, cannot in any case apply to the enemies of the brothers and friends who have always been at Tunisia’s side in difficult times.

The Rapidly Deprecating Cedi: Will the Anchor hold in the Storms of Ghanaian Economic Life?